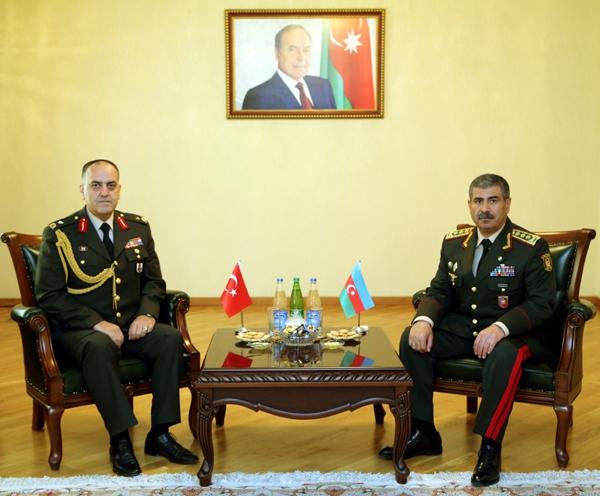 The press service of the Ministry said to Report, they exchanged views on the issues related to the organized high-level visits, military-political situation in the region, military-educational issues, the importance of the solution of the Armenian-Azerbaijani Nagorno-Karabakh conflict in the region and the prospects of bilateral cooperation.

During the meeting, Defense Minister Colonel-General Z.Hasanov congratulated Hasan Nevzat Tasdeler on being awarded with the next military rank and presented him the Jubilee Medal of "95th anniversary of the Armed Forces of the Republic of Azerbaijan".