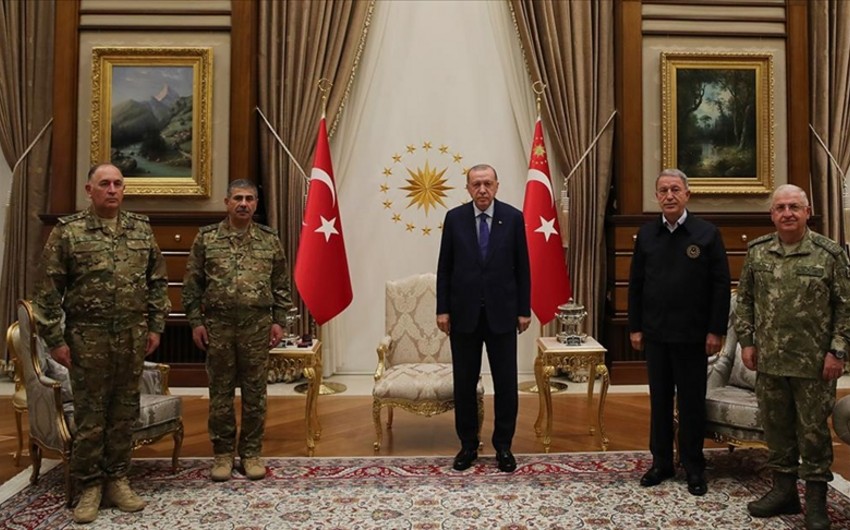 Report informs, citing the Ministry of Defense, that the meeting was also attended by the Minister of National Defense of the Republic of Turkey, Hulusi Akar, and the Chief of the General Staff, Army General Yashar Guler.