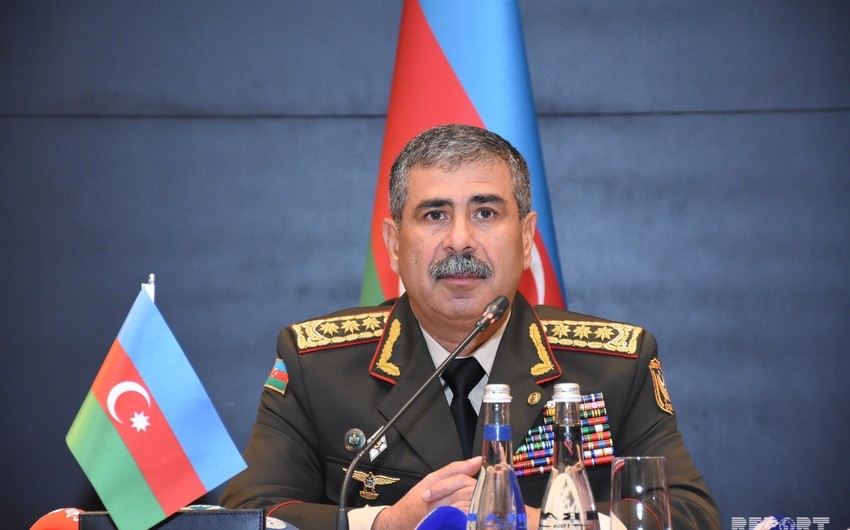 “Tasks were implemented on a full scale. According to the exercises' plan, the troops successfully completed the tasks of conducting Large-Scale Military Operations.” Defense Minister Colonel-General said.

Report informs that he spoke at the end of Large-Scale Operational-Tactical Exercises and at the meeting of the Board Session of the held on the results of the exercises and nine months of 2019.

The Minister of Defense noted that during the exercises the command and control bodies, as well as operational training of the troops, were improved, the staffs successfully completed all the assigned tasks.

The Minister highly appreciated the ability of the command staff in the management of the troops and the fighting spirit of the servicemen.

Colonel General Z. Hasanov stressing the significance of the exercises once again brought to the attention of the Board Session participants the tasks assigned by the Supreme Commander-in-Chief to the Azerbaijan Army.