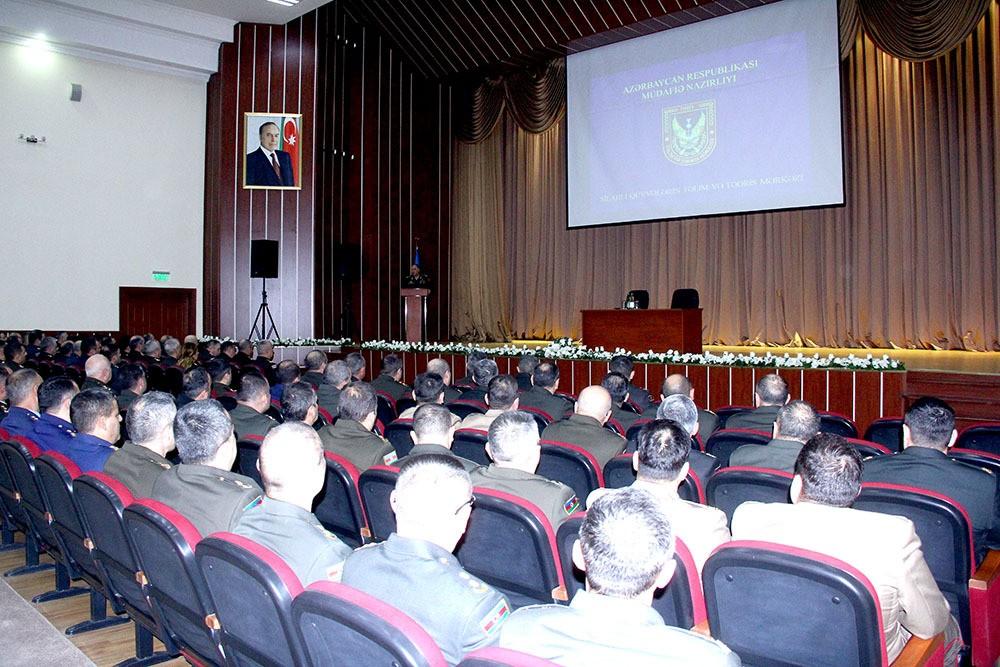 Baku. 9 January. REPORT.AZ/ A meeting on the analysis of the state of military discipline in the Baku Garrison in 2018 was held at the Training and Education Center of the Armed Forces. The event was attended by commanders of military units, heads of special military-educational institutions located in the garrison, and other officials, Report informs citing the press service of the Defense Ministry of Azerbaijan.

During the meeting, the Deputy Minister of Defense, Lieutenant General Kerim Veliyev has delivered a report on the work done in the garrison and the successes achieved in 2018. He brought to the officials the relevant instructions of the Minister of Defense to increase the combat readiness of military personnel and to organize the educational process at a high level in 2019. 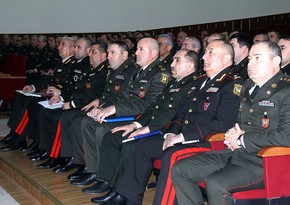