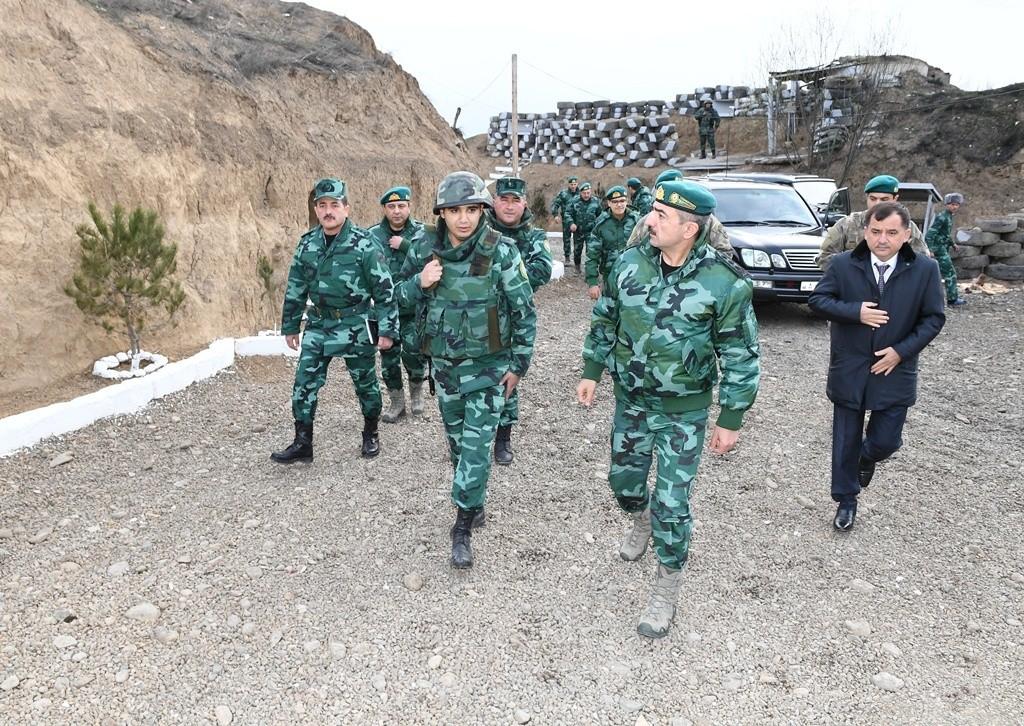 After the President of the Republic of Azerbaijan, the Supreme Commander-in-Chief of the Armed Forces Ilham Aliyev entrusted organization of military service on the contact line between the state border of Armenia and Gazakh and Aghstafa regions of Azerbaijan to the State Border Service (SBS), measures towards protection of state border and infrastructure are underway in these areas.

Report informs citing SBS that the combat posts and other military facilities arranged in line with the most modern requirements for border guards were built and put into operation in a short time.

A new military unit of the Gazakh section of Border Troops was launched on March 18.

At the end of the event, Chief of State Border Service Colonel-General Elchin Guliyev and guests had a lunch with the staff.