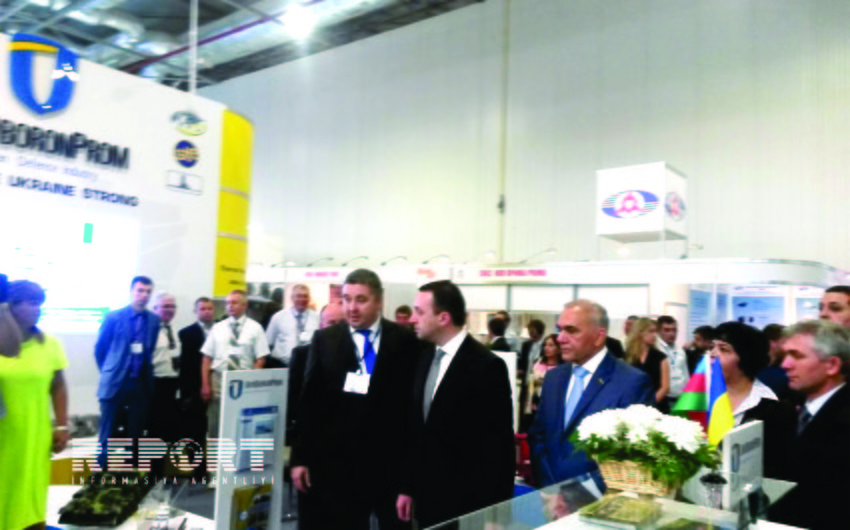 Baku. 12 September. REPORT.AZ/ Prime Minister of Georgia Irakli Garibashvili visited pavilion of Azerbaijan at the international exhibition of the defensive industry of ADEX 2014 which opened in Baku on September 11. Report informs, the Minister of Defensive Industry of Azerbaijan Yaver Jamalov told the Prime Minister of Georgia about new production of the defensive sphere of the country, and also showed Irakli Garibashvili Gurze-2 armored patrol car.

Gurze-2 is the modified version of Gurze armored car created on the basis of the off-road Toyota Hilux 12 pickup and presented at the end of 2012. Gurze-2 differs from the previous version by remotely operated turret with the device of night vision and a machine gun, and also protection of the engine.

I. Garibashvili showed high interest in production of Azerbaijan. After that he also had a look at stands of other companies presented at the exhibition.

The Georgian Prime Minister was accompanied by the Minister of Energy Kakha Kaladze, and also representatives of power departments of this country.