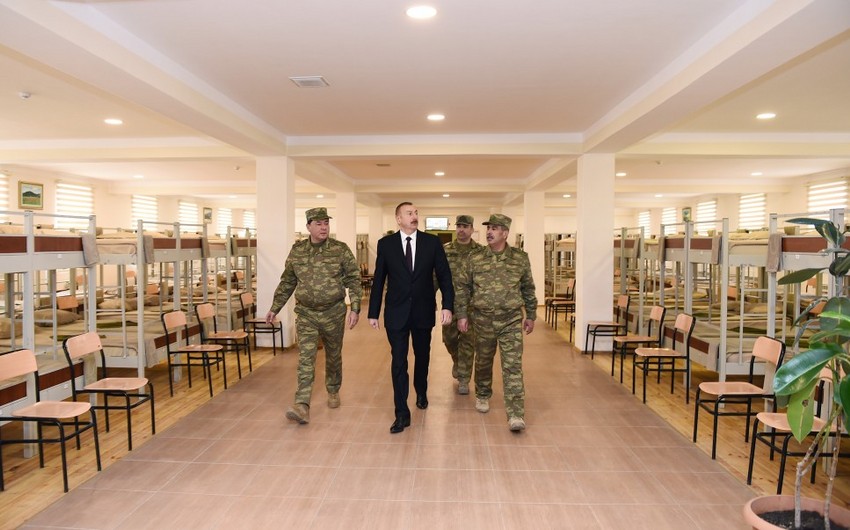 Baku. 28 November. REPORT.AZ/ As part of his visit to Aghjabadi district, President of the Republic of Azerbaijan, Commander-in-Chief Ilham Aliyev has viewed the conditions created at a military unit of the Ministry of Defense.

The headquarters, military hostels, a canteen, medical point and other necessary buildings were built in the military unit. The headquarters has service rooms and a conference hall. All conditions have been created here.

President Ilham Aliyev was informed about an interactive training and practice system.