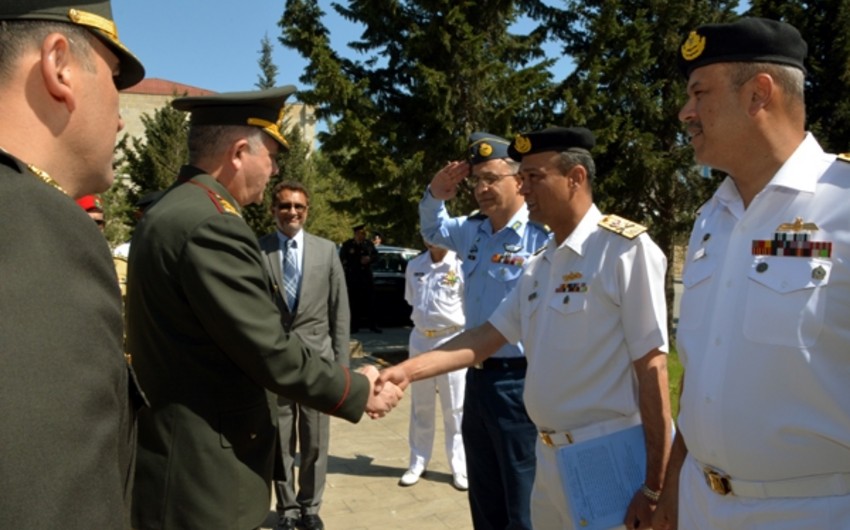 Baku. 26 April. REPORT.AZ/ An 18 member delegation headed by Ambassador Shah Muhammad Jamal, from the National Defense University (NDU) of the Islamic Republic of Pakistan has arrived in Azerbaijan for an academic tour.

The delegation comprises of senior officers from Pakistan's Armed Forces and governmental organizations as well as officers from Oman, Brunei and Nigeria who are undergoing National Security and War Course at the NDU.

The main purpose of the visit is familiarization with history and culture of our country and to get comprehensive information on defense and security, economic, domestic and foreign policies of the Azerbaijan Republic as well as challenges facing over the years of independence and achievements.

The NDU delegation visited the Armed Forces Military College on April 25. Guests met by Lieutenant General Heydar Piriyev, Chief of the college, and bilateral meeting was held between the two leaders.

Guest delegation was briefed about Azerbaijan Armed Forces, the college and given detailed information about the recent developments took place on the line of contact at the beginning of April.

It is also planned to visit several ministries, state services, agencies and universities during the academic tour between April 25-28, 2016.