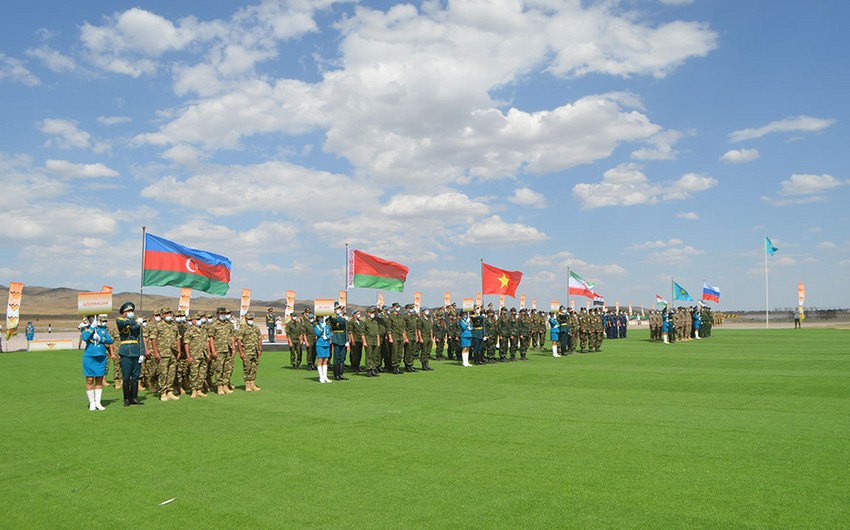 The solemn opening ceremony of the “Masters of Artillery Fire” contest, which is held as part of the “International Army Games - 2021,” was conducted in the Guards garrison of the Republic of Kazakhstan, Report informs referring to the Azerbaijani Defense Ministry.

The participating teams solemnly marched after the event was declared open with the performance of the National Anthem of the Republic of Kazakhstan.

The Minister of Defense of the Republic of Kazakhstan, Lieutenant General Nurlan Yermekbayev greeting the guests, congratulated the participants on the start of the International Army Games and wished the teams success. Speaking about the importance of the Games in the formation, strengthening and development of international cooperation, the defense minister of Kazakhstan also noted the role of Kazakhstan in these relations.

At the end of the solemn ceremony, mortar groups’ competitions started.

Teams from Azerbaijan, Belarus, Vietnam, Iran, Russia, Syria, Tajikistan and Uzbekistan are taking part in the “Masters of Artillery Fire” contest, which will continue until September 4.