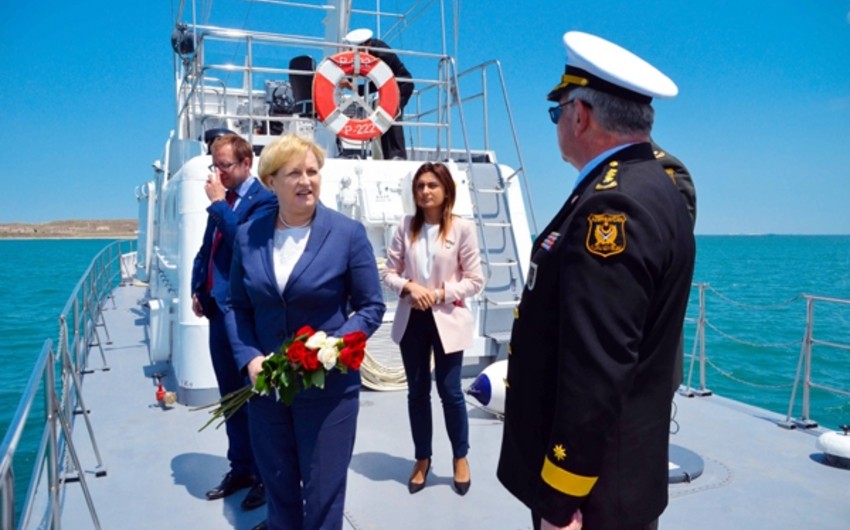 Baku. 21 May. REPORT.AZ/ Being on a visit to our country, a member of the European Parliament, the chair of the European Parliament Subcommittee on Security and Defence, Mrs. Anna Elzbieta Fotyga paid tribute to his Polish compatriot, served during the Azerbaijan Democratic Republic in the national army, Lieutenant-General Mammad bey (Maciej) Sulkiewicz, Report informs citing the press-service of Defence Ministry of Azerbaijan.

Near the island Boyuk Zira, after laid a wreath on the water of the Caspian Sea and scattered flowers on the waves as a sign of respect to military figure, A.Fotyga stated that "respecting the history, customs and culture of our countries and promoting their dignity, we are creating a mutually beneficial and soil condition for our future, upbringing of our youth, the development of nations and the prosperity of our peoples".
European guest noted that the memory of one of the greatest military figures Mammad bey Sulkiewicz, the Chief of General Staff of the National Army during the times of Azerbaijan Democratic Republic, who had great merits in the formation of military units and improve the combat readiness of our army is honored in his native land Poland, and she feels a sense of pride of it.
It should be pointed out that being an ethnic Polish Tatar Maciej Sulkiewicz, was appointed Chief of the General Staff of the army of Azerbaijan Democratic Republic in March 1919. After the April occupation in 1920, arrested and sentenced to death by the Bolsheviks, general was shot in July of the same year. 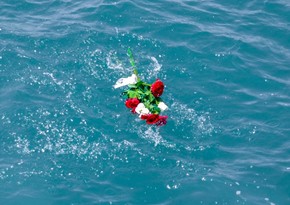 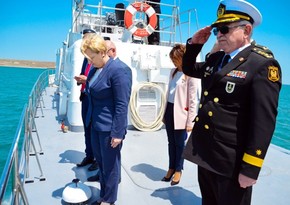 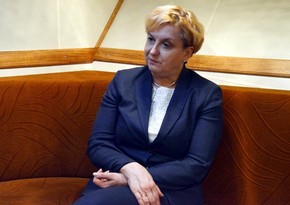