Lukashenko: Belarus and Azerbaijan will strengthen cooperation in defense sphere 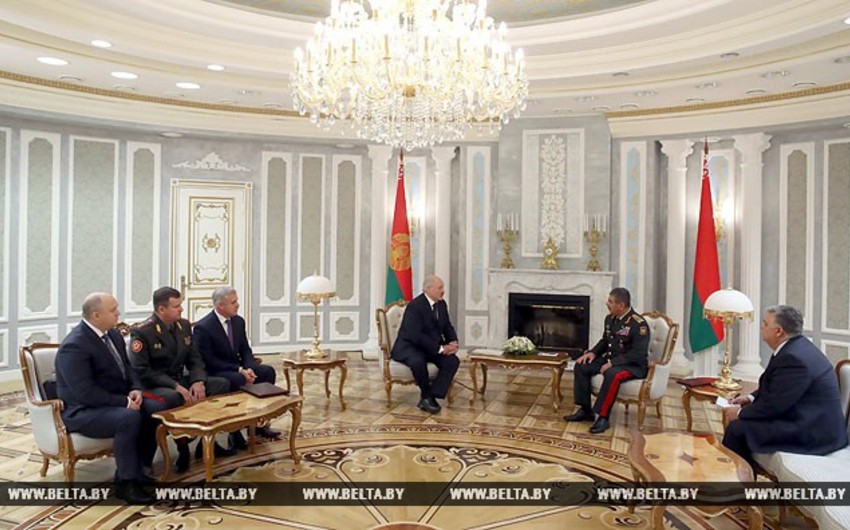 Baku. 9 October. REPORT.AZ/ Defense Minister of Azerbaijan Zakir Hasanov during the meeting with President of Belarus Alexander Lukashenko in Minsk discussed the prospects for development of cooperation between the countries in military-technical area, Report informs citing the press service of the Belarusian leader.

A. Lukashenko noted that Belarus and Azerbaijan continue cooperation, including in the military-technical sphere to strengthen the defense capacity of both states.

"We are a sovereign independent states, and we have the right to determine those areas of cooperation that correspond to the spirit of the times, demands of our states," Belarusian leader said.

The president also pointed to fraternal relations between the peoples of the two countries.

"We have no complaints against Azerbaijanis at all. We have great respect for them. And, most importantly, I remember well that in difficult times your President  had always helped Belarusian state," A. Lukashenko said.

In turn, Azerbaijani Defence Minister Z. Hasanov conveyed best wishes and greetings to A. Lukashenko from the President of Azerbaijan.

"He particularly noted our relationship - between you, between the peoples. Azerbaijani people love Belarus and you, respect your country. We have very close ties in all areas. You are absolutely right saying that we have something to learn from each other", Azerbaijani minister said.