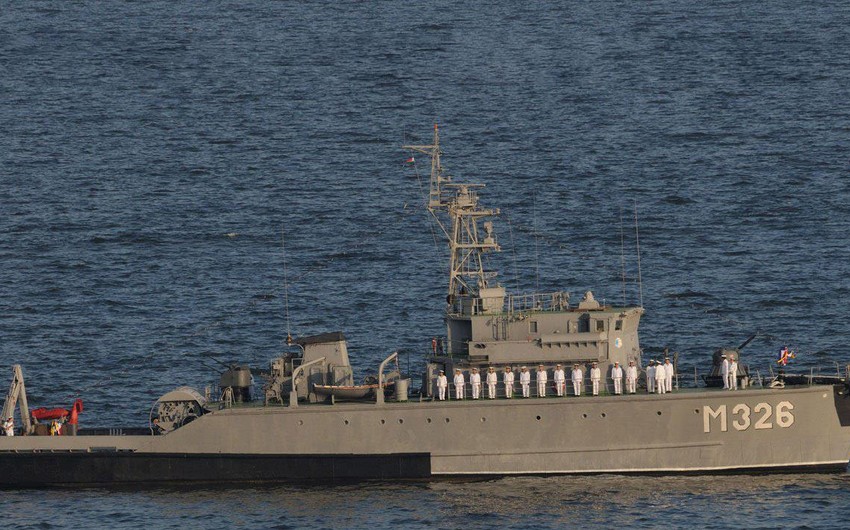 Baku. 19 November. REPORT.AZ/ A large-scale operational-tactical exercises with Azerbaijani Naval Forces and Air Forces ended. Report was told by the press service of the Azerbaijan Ministry of Defense.

The joint operational-tactical exercises led by Azerbaijani Defense Minister, Colonel-General Zakir Hasanov and his First Deputy, the Chief of General Staff of the Armed Forces, Colonel-General Najmaddin Sadikov started on November 13, according to the approved operational readiness plan. The complete staff of Naval Forces, Air Forces and Air Defense Forces units, as well as, the Ministry of Emergency Situations and the State Border Service attended the exercises.

The personnel consisting of more than 5.000 persons, 40 combat ships and boats, 58 installations of missile and artillery troops, 20 combat aircraft and helicopters of the Air Forces, 50 different weapons to organize air defense for Air Defense Forces and groups and also, special purpose forces were involved for the implementation of the training.

The shooting was carried out by using all kinds of weapons in the active phase of the trainings.