Large-scale exercises of the Azerbaijani army completed Defense Minister: All the tasks of command and staff war games have been performed 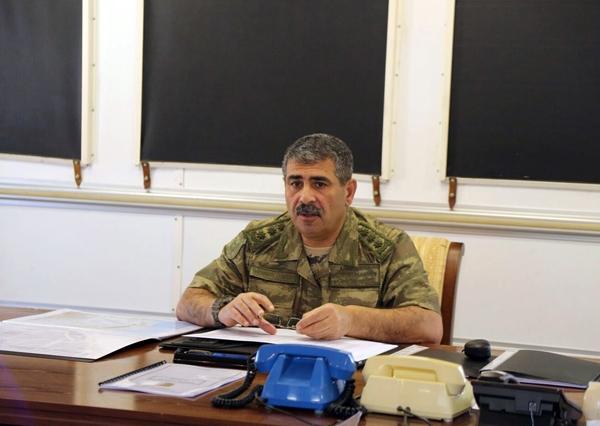 Report was told in the press service of the Ministry of Defence.

Under the leadership of Defense Minister, Colonel General Zakir Hasanov held a meeting on the results of the command and staff war games, with the participation of management staff of the Ministry and the Armed Forces, commanders of units and formations, chiefs of staff and officers

Analyzing the results of large-scale exercises, the defense minister said the implementation of the tasks set in the command and staff war games, conducted according to the plan approved by the President of Azerbaijan, Supreme Commander Ilham Aliyev. The Minister also praised the initiative of commanders and personnel in the performance of combat maneuvers and shots.

Highly appreciating the professionalism and combat readiness of staff, the defense minister mentioned the importance of exercises and gave instructions to commanders and chiefs.