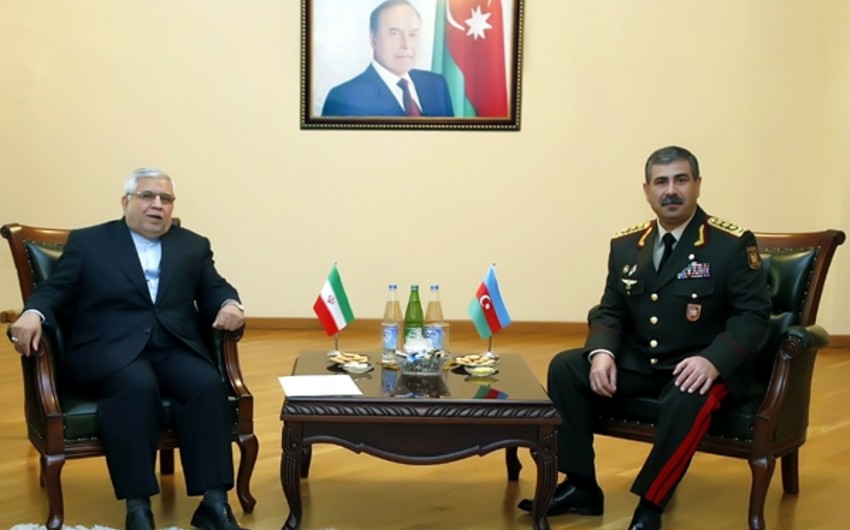 Report was told by the Azerbaijani Defense Ministry's press service.

During the meeting, the Minister of Defense noted the important role in the development of the meeting of the heads of state in relationships between Azerbaijan and Iran and successful continuation of military relations.

Noting the military-political situation in the region, Z.Hasanov stressed that Armenia's aggressive policy still continues and the extension of the negotiations has the negative impact to the conditions in the region.

During the meeting, the sides discussed the details of Iran's Minister of Defense and Support to Armed Forces, Major General Hossein Dehghan's working visit to Azerbaijan on April 20-21 and exchanged views on issues relating to upcoming talks on military cooperation.