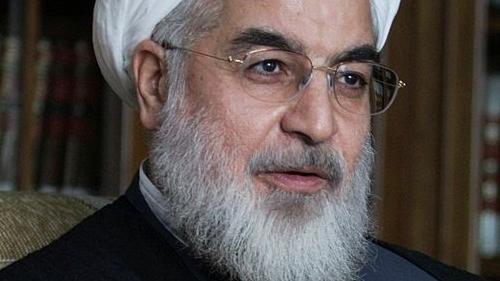 Baku. 22 August. REPORT.AZ/ Iran on Saturday unveiled a new surface-to-surface missile it said could strike targets with pin-point accuracy within a range of 500 km (310 miles) and it said military might was a precondition for peace and effective diplomacy, Report informs Reuters.

The defense ministry's unveiling of the solid-fuel missile, named Fateh 313, came little more than a month after Iran and world powers reached a deal that requires Tehran to abide by new limits on its nuclear program in return for Western governments easing economic sanctions.

According to that deal, any transfer to Iran of ballistic missile technology during the next eight years will be subject to the approval of the United Nations Security Council, and the United States has promised to veto any such requests. An arms embargo on conventional weapons also stays, preventing their import and export for five years.

But Iran has said it will not follow parts of the nuclear deal that restricts its military capabilities, a stance reaffirmed by President Hassan Rouhani on Saturday.

"We will buy, sell and develop any weapons we need and we will not ask for permission or abide by any resolution for that," he said in a speech at the unveiling ceremony broadcast live on state television.

"We can negotiate with other countries only when we are powerful. If a country does not have power and independence, it cannot seek real peace," he said.