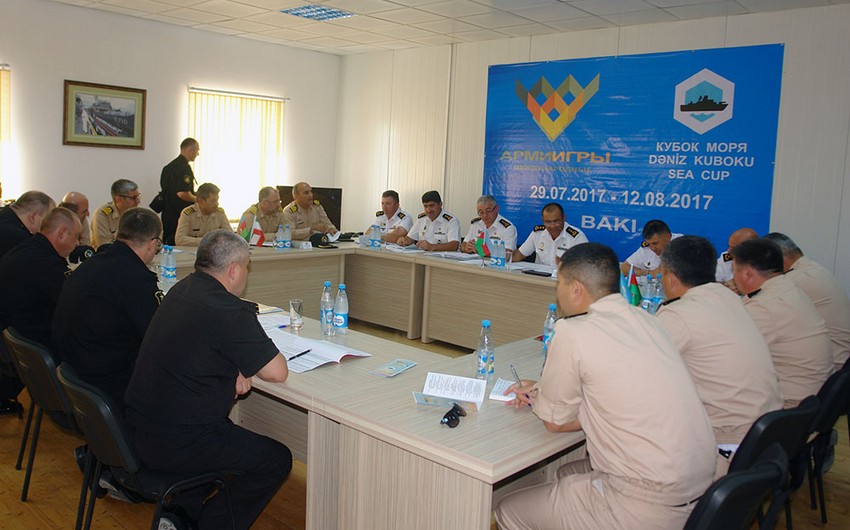 Baku. 24 July. REPORT.AZ/ Introductory briefing on security measures, organization and procedure for the international contest "Sea Cup-2017" as well as Judicial Commission meeting were held at the Azerbaijan Naval Forces headquarters on July 24.

During the event, the previously approved Regulation of the competition was overviewed and the proposals of the parties on additional changes and organizational issues were heard. The list of Judicial Commission and the time of the inspection of the places where the episodes are to be held were also clarified.

It was reported that the competition will consist of three stages, including "Artillery firings", "Ship damage control and rescue training", as well as "Maritime training".

Berths, training complexes and other training centers are fully prepared for the conducting the "Sea Cup-2017" competition at a high level. 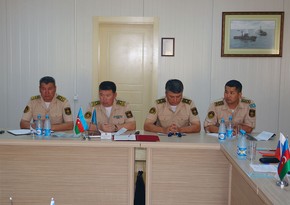 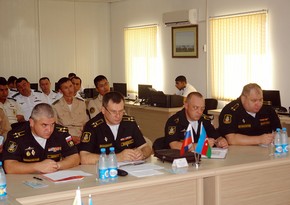 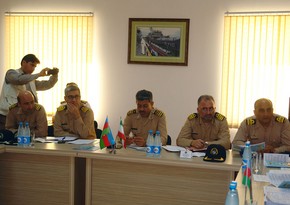