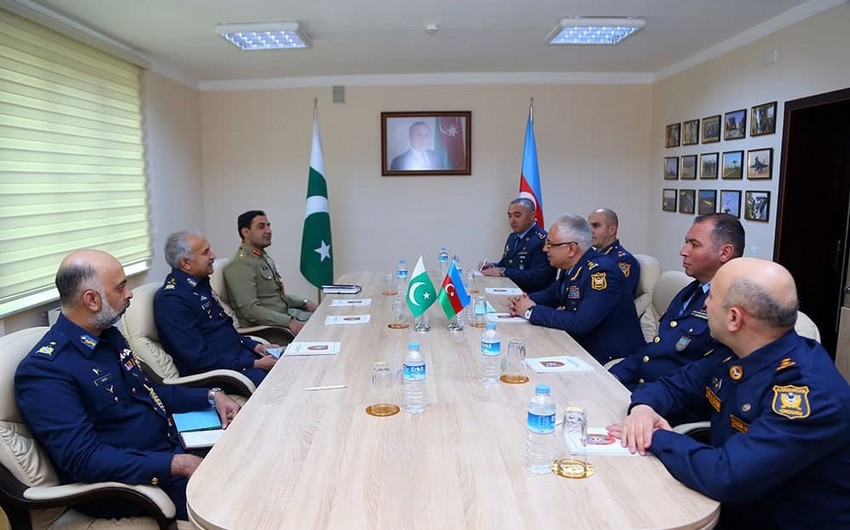 Report informs referring to the Ministry of Defense.

Expressing satisfaction with Azerbaijani military pilots' education at the Pakistan Air Force Academy, Lieutenant General R. Tairov stressed that the development of cooperation, including relations in the military-educational and other fields between the Air Forces of the two countries, contributes to further strengthening the combat capability of our armies.

In turn, Air Chief Marshal M. A. Khan expressed satisfaction with the training of Pakistani Air Force helicopter crews in Azerbaijan's aviation training centers and stressed the importance of further expanding this activity.

During the meeting, the parties discussed developing cooperation and further expanding relations between the Air Forces of Azerbaijan and Pakistan, and conducting joint military exercises.