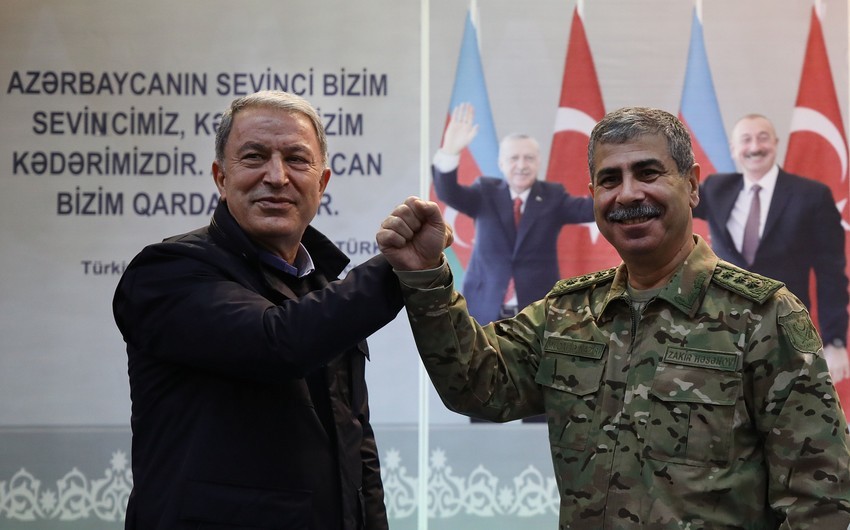 The Turkish minister noted that the two countries are linked from historical and cultural points of view, and today, as in the past, they support each other.

Touching upon the victory of the Azerbaijani army in the 44-day Karabakh war, Akar said that the whole world saw the unity of one nation - two states: “The fist of the Turk inflicted a crushing blow on the head of the Armenians. Finally, the injustice that lasted 30 years, the suffering of our brothers have ended. This victory will be written in history with golden letters.”

Once again congratulating Azerbaijan on the victory, he said that in accordance with the requirements of the time and further joint activities of the Armed Forces of the two fraternal countries, the implementation of the "Roadmap" for the reconstruction and modernization of the Azerbaijani army has been prepared and started.