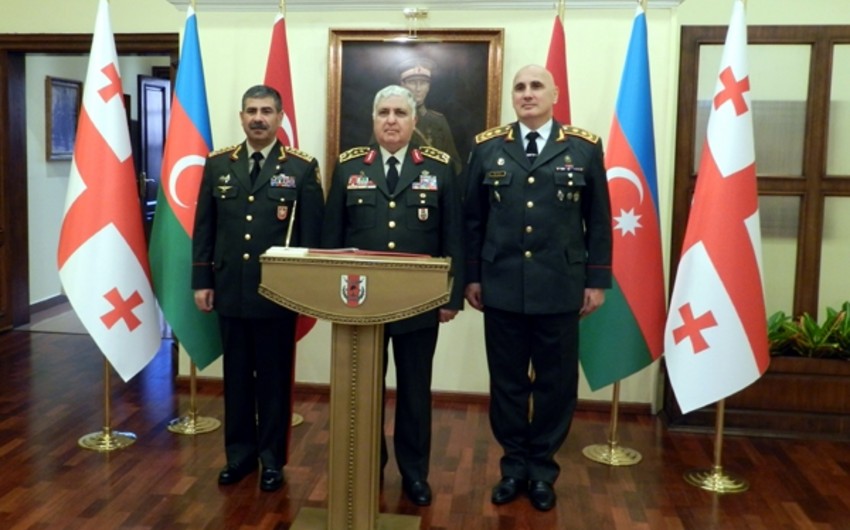 Baku. 4 May. REPORT.AZ/ On May 4, the first meeting of the heads of Azerbaijani, Turkish and Georgian Armed Forces was held in Ankara.

They discussed the issues on trilateral military cooperation, regional stability and security.