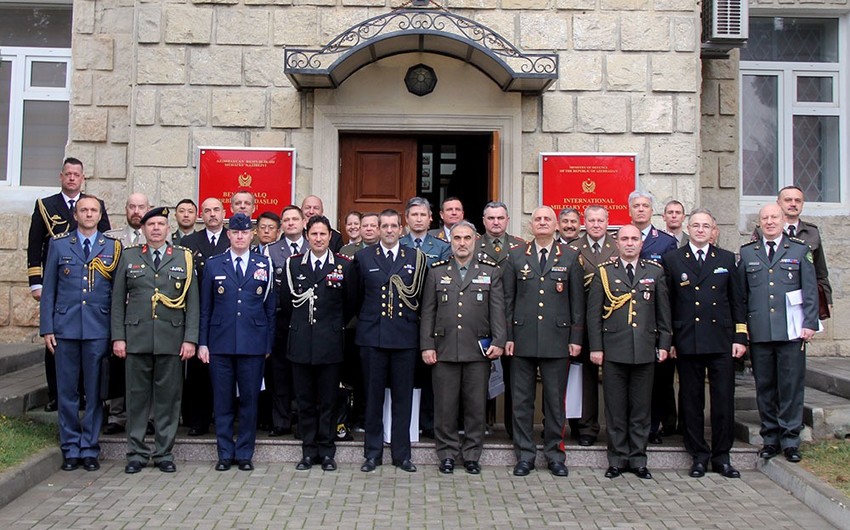 Report informs citing the Ministry of Defense that 30 representatives from 28 nations and international organizations attended the meeting.

Major General Huseyn Mahmudov, Chief of International Military Cooperation Department, welcomed the guests on behalf of the Defence Minister and briefed them on current military-political situation in the region, Armenia's aggressive policy against Azerbaijan, as well as on reforms in the Army, other activities conducted within military cooperation during the year, and the events to be held in 2019.

The guests expressed their gratitude to the Ministry of Defence leadership for organizing such events and visits and hoped that this cooperation would be more fruitful in the future.