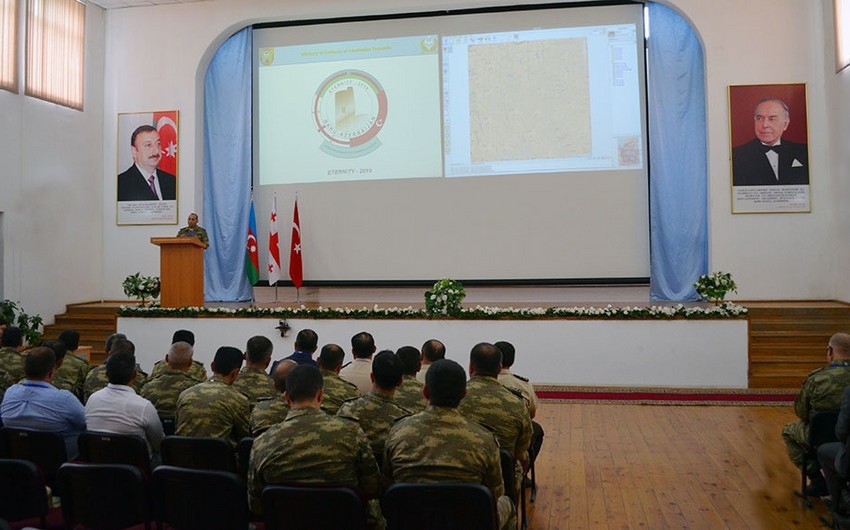 The closing ceremony for the "Eternity - 2019" computer-assisted Command and Staff Exercises, which took place with the participation of the military personnel from Azerbaijan, Turkey, and Georgia, was held at the Center for War Games of the Armed Forces.

At first, the memory of the national leader and shehids (martyrs) who sacrificed their lives for the independence and territorial integrity of the country was honored with observing a minute of silence. Then the national anthems of Azerbaijan, Turkey, and Georgia were performed.

It was noted that during the "Eternity - 2019" computer-assisted Command and Staff Exercises all the goals were achieved.

The guests expressed gratitude to the leadership of the of Azerbaijan for organizing the exercises at a high-level.

At the end of the event, a mutual exchange of gifts took place between representatives of all three countries. 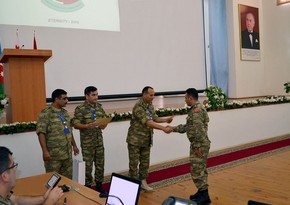 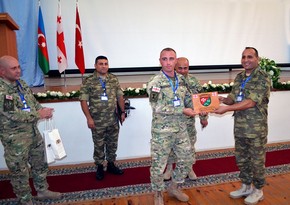 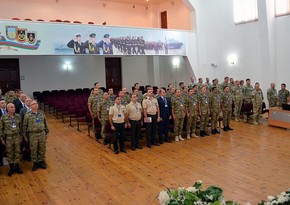