Division General: "Azerbaijani soldiers, their military supplies are in a high level"

Division General: "Azerbaijani soldiers, their military supplies are in a high level" The delegation led by General of Division, Zekai Aksakalli visited Azerbaijani units on the frontline
2822 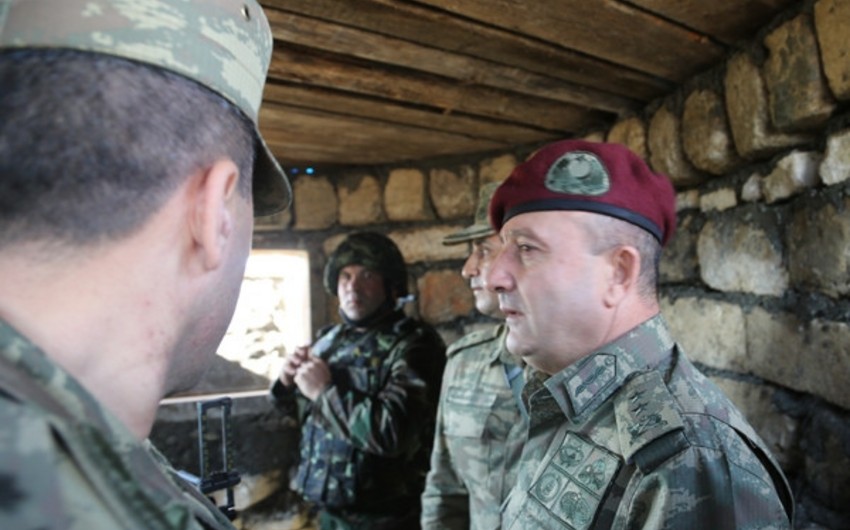 Baku. 8 November. REPORT.AZ/ The delegation led by the Special Forces commander of Turkish Armed Forces General Staff, General of Division, Zekai Aksakalli visited Azerbaijani units on the frontline. Report was informed by the Ministry of Defense.

The guests visited the units on the contact line between Azerbaijan and Armenia. Z.Aksakalli met with the servicemen standing on the position for battle. He also observed the territories occupied by Armenia from the battle position. The commanders answered his questions. Z. Aksakalli wished the soldiers success in the defense and liberation of the land and said: "Azerbaijani soldiers, their military supplies are in a high level. It makes me happy. Turkey will always support Azerbaijan. Azerbaijani and Turkish soldiers are invincible. It was proved in wars many times. We hope and believe that it will be so in the future too."

General of Division Z.Aksakallı met with the soldiers who took sniper courses and was interested in the technical specifications and combat capabilities of "Istiglal" sniper rifle.