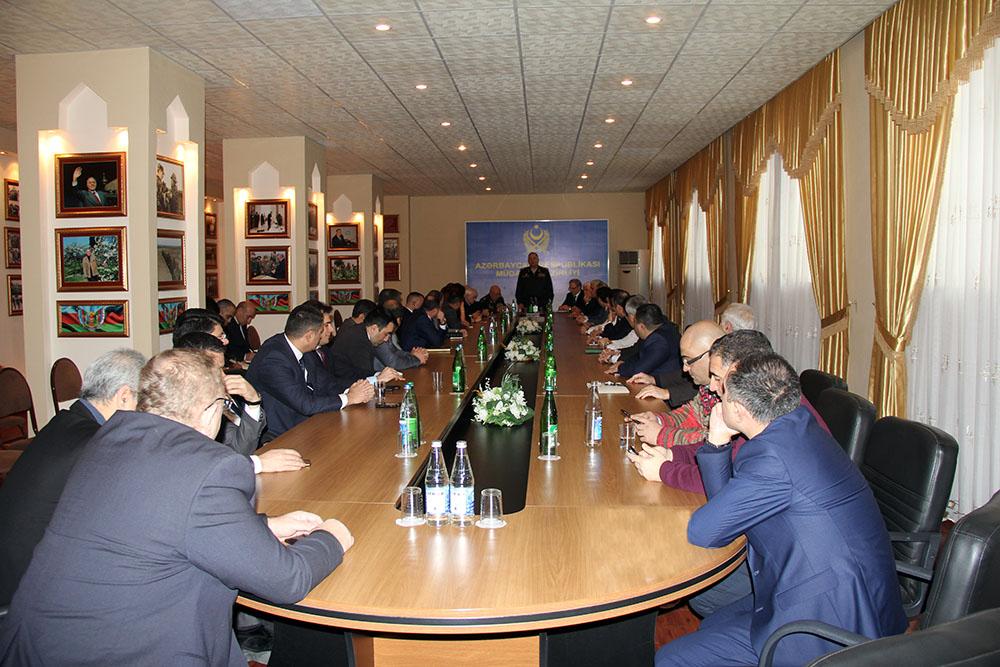 Baku. 14 February. REPORT.AZ/ The Ministry of Defense and the Press Council held a joint meeting dedicated to the wide media coverage of festive events on the occasion of the 100th anniversary of the Azerbaijan Democratic Republic and the Azerbaijan Army.

The meeting with the participation of the country's leading mass media representatives was held at the Training and Educational Center of the Armed Forces on February 14.

Having greeted the participants of the meeting on behalf of Minister of Defense Colonel General Zakir Hasanov, Deputy Defense Minister Lieutenant General Kerim Veliyev stressed that the Minister of Defense has signed an order and approved action plan to ensure the fulfillment of the tasks in accordance with the order of the President of the Republic of Azerbaijan, Mr. Ilham Aliyev on the announcement of the year 2018 as the "Year of the Azerbaijan Democratic Republic".

The Deputy Defense Minister informed the participants on the reforms carried out in recent years in the sphere of increasing the level of combat and moral-psychological readiness of the military personnel of the Azerbaijan Army due to the attention and care of the Supreme Commander-in-Chief, strengthening the logistic support of military units, and improving the social conditions of servicemen.

Lieutenant General K.Veliyev noted that as a result of the significant work carried out in recent years, many servicemen who have completed military service again apply for their admission to the long-term military service at their own will.

Touching upon the issues of improving military education, the Deputy Defense Minister emphasized that due to the consistent state policy in this sphere, Azerbaijan has adopted the advanced experience of developed countries.

Stressing the importance of developing relations with the media, Lieutenant General K. Veliyev attached great importance to this cooperation in terms of ensuring objectivity and transparency in issues of army construction.

Representatives of various state structures and the media speaking about the aspects that make the cooperation between the army and the media as an important have put forward proposals aimed both at increasing the fruitfulness of this cooperation and at strengthening the propaganda of patriotism in society.

Taking into consideration the urgency of holding such events, the meeting participants expressed confidence in the continuation of mutual cooperation in the future. 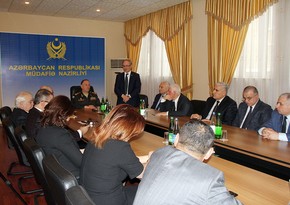 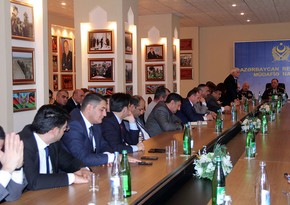