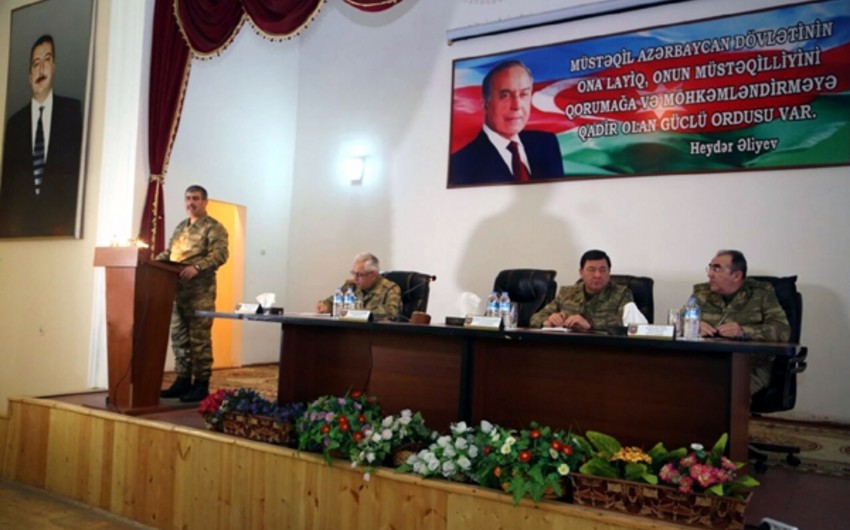 Baku. 17 November. REPORT.AZ/ Azerbaijani Defense Minister, Colonel General Zakir Hasanov held a collegial meeting on the results of large-scale exercises with participation of commanding staff of the Ministry and the Armed Forces, commanders and chiefs of the headquarters of corpses, formations, as well as responsible officers involved in the exercises.

Report informs referring to the press service of Azerbaijani Ministry of Defense (MOD).

First, memories of national leader Heydar Aliyev and shahids who died for the independence and territorial integrity of the country were honored with a minute of silence.

Speaking at the collegial meeting, Defense Minister has summarized the results of exercises and noted that the purposes and tasks have been successfully carried out on large-scale exercises conducted according to plan approved by President of the Republic of Azerbaijan, Supreme Commander-in-Chief of the Armed Forces Ilham Aliyev.

The minister noted that all branches of Armed Forces, including Special Forces units and logistics achieved fulfilling of all practical tasks in conditions close to the combat, at the desired level with the practical use of the whole capability. Minister also highly appreciated the professionalism of officers and military personnel during live-fire and maneuvers.

Emphasizing the fighting ability, moral and psychological readiness of military personnel, Defense Minister stressed the importance of such exercises and brought to the overhead personnel's attention the tasks set by the Supreme Commander-in-Chief for the Armed Forces. 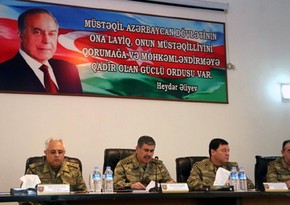 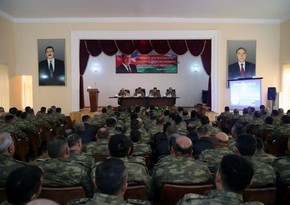 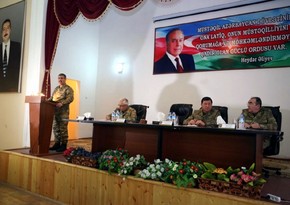 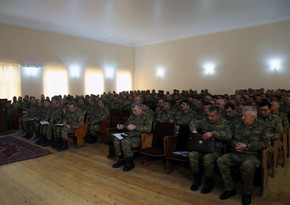