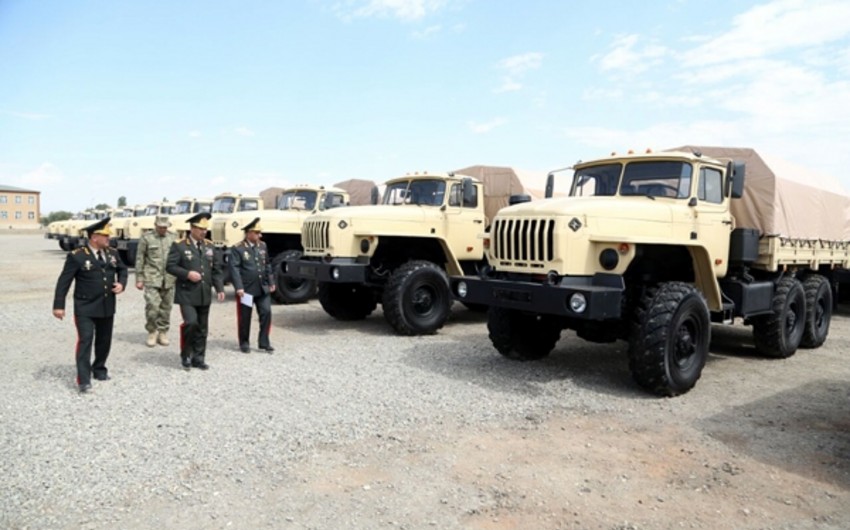 Baku. 16 September. REPORT.AZ/ According to the instruction of President of the Republic of Azerbaijan, Supreme Commander-in-Chief of the Armed Forces Ilham Aliyev, Minister of Defense Colonel General Zakir Hasanov visited military units of the Army Combined Arms during the visit to the Nakhchivan Autonomous Republic.

Defense Minister visited the objects of defensive value being under construction and located in the territory. Taking into account the peculiarities of a territory, Minister inspected more powerful and enduring modern type of combat equipment and military vehicles recently entered service of Combined Arms Army.

Combat readiness and social conditions of military personnel were inspected in the «N» military unit as well as other infrastructure sites located in the territory were checked. Minister dined with the soldiers.

Defense Minister held official meeting with the command staff of the Army.

The Minister informed the military personnel of the combat tasks assigned by Supreme Commander-in-Chief of the Armed Forces and once again stressed the high level of combat readiness, military discipline and social conditions of the Army Combined Arms situated geographically in the strategically important area.

Defense Minister emphasized the most modern military equipment, weapons and ammunition, communications and intelligence means as well as other equipments of military significance entered service in the Army Combined Arms, which is under the constant attention of the leadership of the country and of the autonomous republic.

At the end of the meeting according to the order of the Minister of Defence a number of servicemen who have achieved excellent results in combat training of Combined Arms Army and distinguished themselves in military service was awarded with medals and valuable gifts. 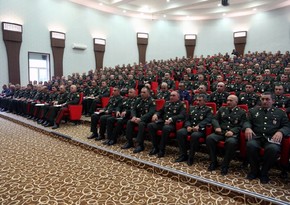 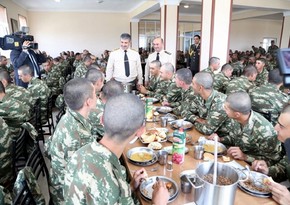 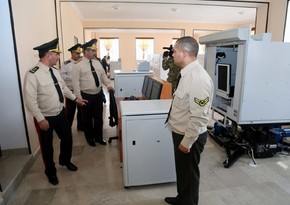 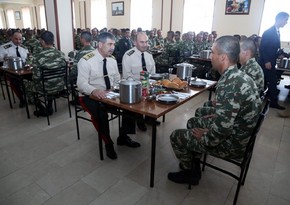 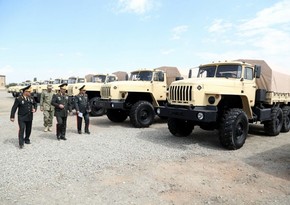 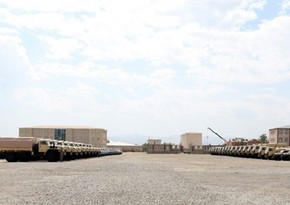 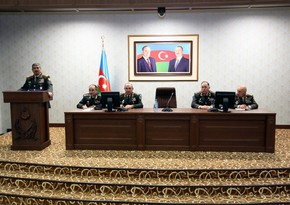