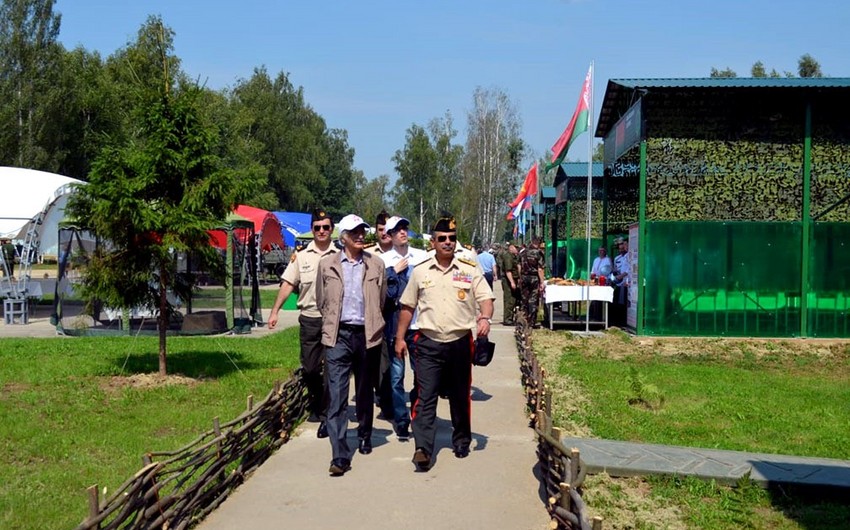 Baku. 30 July. REPORT.AZ/ Within the scope of the visit to Moscow, Minister of Defense Colonel General Zakir Hasanov visited the Friendship House at the Alabino range to get acquainted with the exhibition of culture samples of the countries participating in the "International Army Games 2018" competitions.

The Defense Minister together with other guests visited the Azerbaijani section of the exhibition, where he viewed the expositions reflecting the history, culture, traditions and life of our country. Demonstrated exhibits will have been shown for close familiarization of guests during the entire period of the competition.

The Minister of Defense has also met with Azerbaijani servicemen participating in the "Field Kitchen" contest. Military chefs from various countries, including the Azerbaijani team, presented more than 150 samples of national cuisine for participants and guests of the competition. Numerous guests tested the dishes prepared by Azerbaijani military chefs.

Ambassador Extraordinary and Plenipotentiary of the Republic of Azerbaijan to the Russian Federation Polad Bulbul oglu and other officials also attended the event.