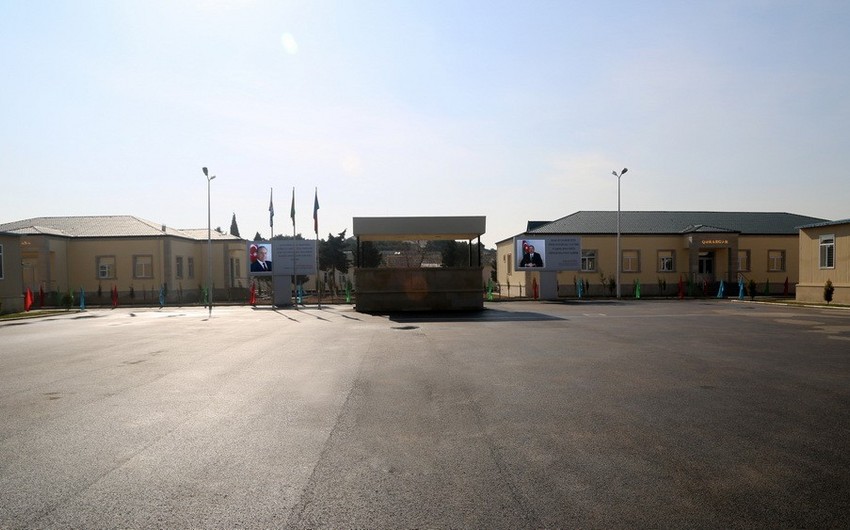 Under the instruction of the President of the Republic of Azerbaijan, the Supreme Commander-in-Chief of the Armed Forces, Mr. , the work carrying out in the sphere of improving combat readiness and the social conditions of military personnel of the Naval Forces is being continued.

Report says, citing the Defense Ministry of Azerbaijan, that the Minister of Defense, Colonel General and the leadership of the Ministry took part in the opening of the new infrastructure facilities in one of the military units of the Naval Forces.
The Minister of Defense examined the buildings, facilities and equipment available in the territory of the military unit.
Then the Minister of Defense visited the reconstructed Diver Training Facility. It was reported that the training facility was designed for Special Forces to develop diving training and underwater combat skills. The Minister of Defense inspecting the infrastructure got acquainted with the newly-built swimming pool, a facility of ship and boat equipment, a recompression chamber, a diving equipment maintenance workshop, universal diving equipment, as well as the conditions created in teaching rooms for various purposes.
An obstacle courses newly build in the territory and designed to increase the level of combat and physical training, as well as professional skills of servicemen, consists of numerous obstacles for various purposes. The Minister of Defense watching here the exemplary demonstrations of the special forces, gave relevant instructions to the command in connection with better fulfillment of tasks.