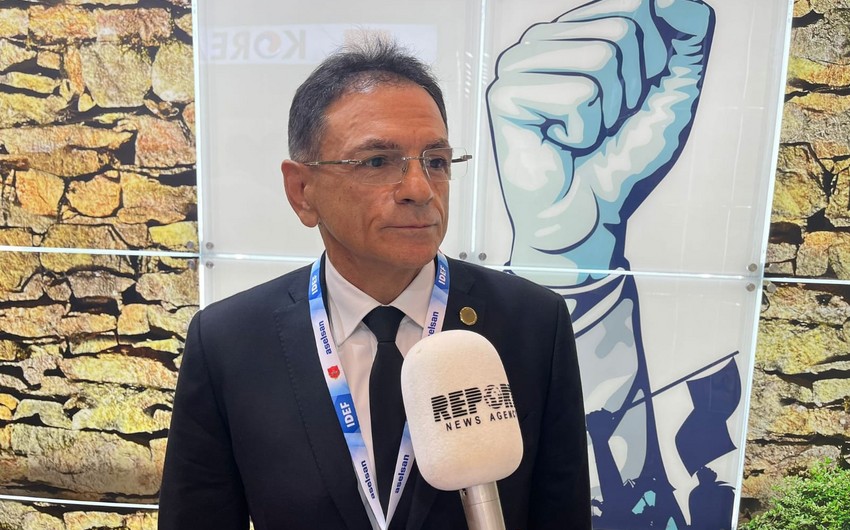 Azerbaijani President Ilham Aliyev regularly gives relevant instructions related to the expansion of the prospects for the development of the defense industry, Azerbaijani Defense Industry Minister Madat Guliyev, who is in Istanbul to participate in the IDEF 2021, 15th International Defense Industry Fair, said in an exclusive interview with Report.

“Here I hold meetings with the ministers of the defense industry of several countries, a roadmap is being worked out, there are plans to strengthen cooperation and partnership, as well as exchange programs,” he added.

Guliyev noted that the instructions of the Azerbaijani president to the Ministry of Defense Industry are aimed at the future:

“The instructions of the mister president cover 2040-2050s, and the tasks of the Azerbaijani defense industry consist not only in the production of assault rifles, machine guns, but also weapons, which will be manufactured using the latest technologies in 20-30 years,” the minister added.