Defence Minister: Main task of Azerbaijani Army is to be ready for war

Defence Minister: Main task of Azerbaijani Army is to be ready for war Zakir Hasanov: In order to increase combat readiness, most advanced military equipment, rocket and artillery systems adopted 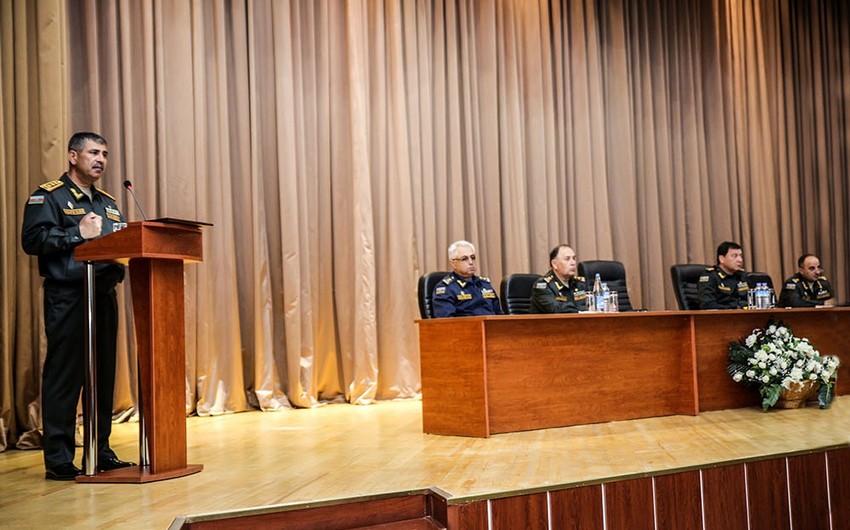 Baku. 16 June. REPORT.AZ/ A meeting with regular graduates of the High Military School named after Heydar Aliyev took place at the Educational and Training Center of the Armed Forces on June 16.

The event, which was held with the participation of the leadership of the Ministry of Defense, special military educational institutions and young lieutenants, began with paying a tribute to the memory of the national leader Heydar Aliyev and the martyrs who died for the territorial integrity of the country, as well as the playing of the national anthem.

Speaking about the reforms carried out in the Armed Forces in accordance with the instructions of the President of the Republic of Azerbaijan, the Supreme Commander-in-Chief of the Armed Forces, Mr. Ilham Aliyev, as well as the important events held in the system of military education, and the improvement of the organizational and staff structure, the Minister of Defense brought to the attention the important tasks facing them in the sphere of combat and moral-psychological training of military personnel.

The minister said: "In order to increase combat readiness, the most advanced military equipment, rocket and artillery systems, as well as other military equipment are being adopted into the armament, large-scale exercises of various levels are being conducted, new training grounds are being built, training and other activities are continuing".

The minister noted that in order to improve the provision and social conditions of military servicemen, new military towns and apartments for permanent residence and for office use are being commissioned, the implementation of which are the priority areas of state policy.

The minister stressed that every officer of the Azerbaijani army should become an exemplary for all the personnel he commands, be loyal to his state, serve with love to the Fatherland and his native land, feeling hatred to the enemy. "To justify the confidence of the state and the people, continuously improving your professionalism, knowledge and skills, you must stay above the enemy. The Army has the only task – to be ready for war and freeing native lands from the enemy to ensure the territorial integrity of the country", Colonel General Z. Hasanov said.

At the end of his speech, the Minister of Defense, wishing successes to the servicemen in their military service, expressed confidence that each officer, deeply aware of the responsibilities of the tasks facing him, would make a huge contribution to strengthening the defense capability of the Motherland. 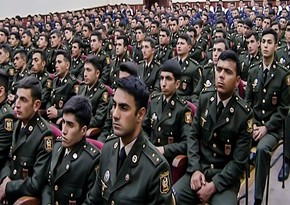