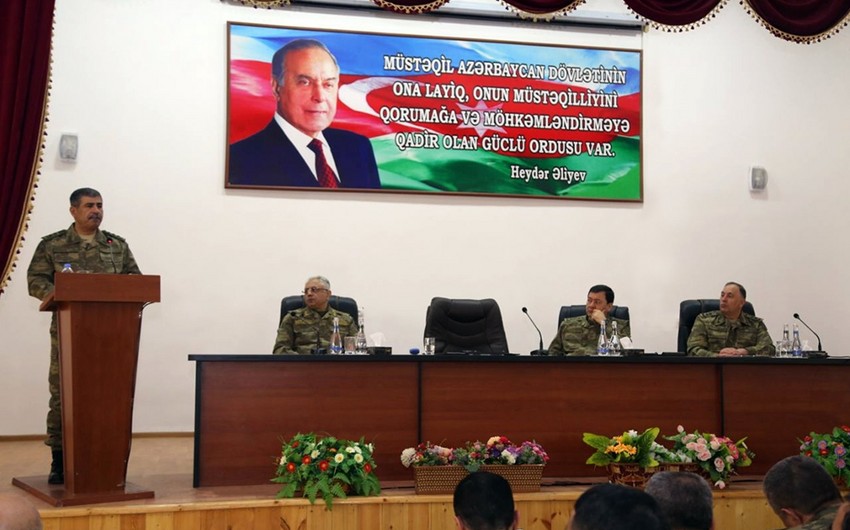 Baku. 16 March. REPORT.AZ/ An official meeting devoted to the results of large-scale exercises was held under the supervision of the Minister of Defense, Colonel General Zakir Hasanov with the participation of the leadership of the Ministry of Defense and the Azerbaijan Army, as well as commanders and chiefs of staff of the Army Corpses and formations, including responsible officers.

Speaking at the meeting, the Minister of Defense, having analyzed the results of large-scale exercises conducted in accordance with the plan approved by the Supreme Commander-in-Chief of the Armed Forces, Mr. Ilham Aliyev, stressed that all the tasks were successfully fulfilled in the course of exercises conducted at various ranges and training areas.

Highly appreciating the combat and moral-psychological training of military personnel, the Minister stressed that the operational training of headquarters and troops was improved and raised to a qualitatively new level. All the headquarters involved in the exercises have fulfilled their assigned tasks.

The Minister stressed that during the practical implementation of tactical actions in training centers, the formations and military units have demonstrated a high level of training. This shows that during these exercises the Azerbaijan Army achieved high rates in operational and combat training.

Noting that the exercises were held at a high level, Colonel General Z. Hasanov emphasized the importance of such exercises and brought to the attention of participants of the meeting the relevant tasks assigned by the Supreme Commander-in-Chief for the Azerbaijan Army. 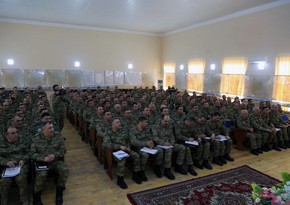