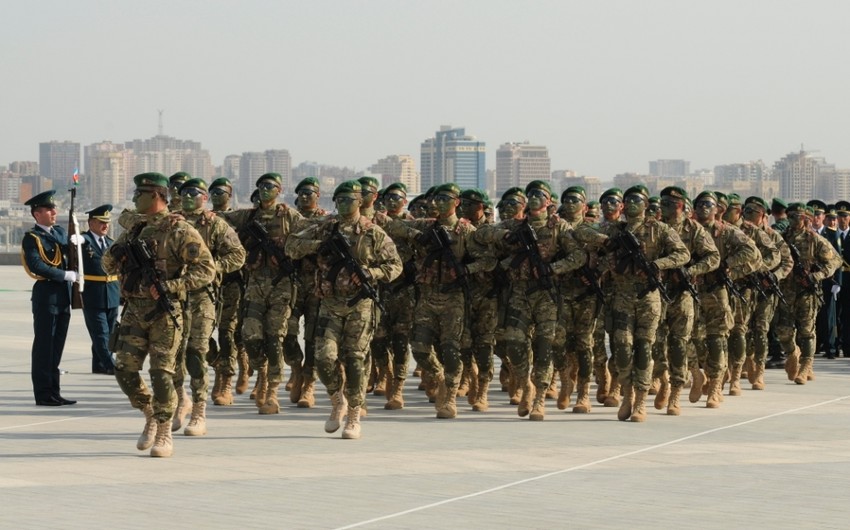 Baku. 8 January. REPORT.AZ/ In accordance with 'Action plan on twenty-sixth anniversary of 20 January tragedy' approved by the order of Head of Administration of the President of the Republic of Azerbaijan, Azerbaijani Defense Minister Colonel General Zakir Hasanov has approved plan on implementation of series of events in the Armed Forces.

According to the information, organization of round tables, conferences, meetings and special trainings on Bloody January events at Detached Combined Arms, units, unions, military units and special-purpose educational institutions, demonstration of spectacles, feature and documentary films on the tragedy at officers' houses are planned.

In the events, organization of meetings of staff with family members of those killed, with participants as well as visit to monuments, built in memory of those who sacrificed their lives for freedom, independence and territorial integrity of our homeland is planned.