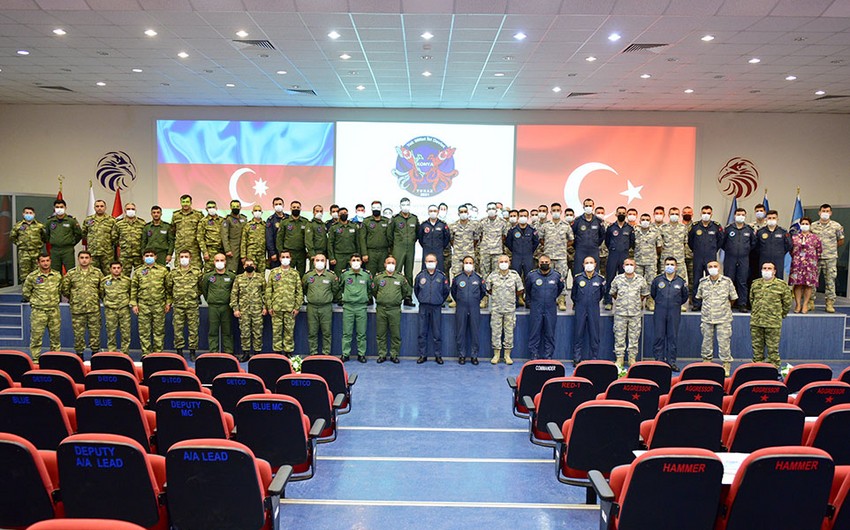 The closing ceremony of the 'TurAz Falcon - 2021' joint flight-tactical exercises of the Azerbaijani and Turkish Air Forces took place at the air base in Konya, Turkey.

Report informs, citing the Ministry of Defense, that at the closing ceremony, the commander of the air base, Major General Onder Shansoz, congratulated the military personnel participating in the exercises and wished them success in their future service.

It was noted that the flight, technical and support staff gained extensive experience in the successfully completed exercises. The importance of such exercises in maintaining the high level of combat readiness of military pilots was emphasized, as well as the necessity of conducting further joint exercises was expressed with confidence.

The activity of the pilots, who skillfully used the tactical and technical capabilities of the combat aircrafts and professionally accomplished all the assigned tasks, was highly appreciated by the air base commander.

At the end, the participants were presented with certificates and a photo was taken.

It should be noted that, two MiG-29 fighters, two Su-25 attack aircrafts of the Azerbaijan Air Force were involved in the joint exercises.