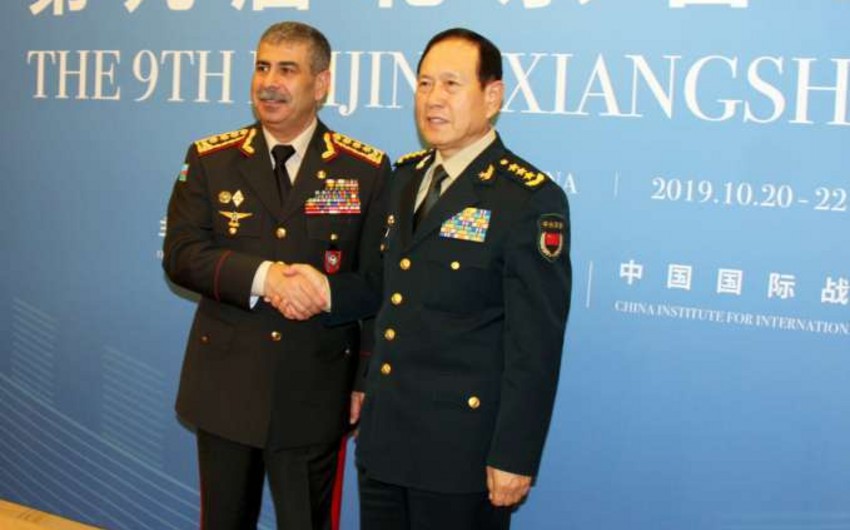 He said the relations between China and Azerbaijan have an old history and are now developing in line with the interests of the two nations.

Speaking about the military cooperation of the two countries, the Chinese officials noted the contribution of mutual visits of military men to this matter.

Zakir Hasanov thanked China for its continued support for the territorial integrity and sovereignty of Azerbaijan and noted that Azerbaijan also supports the "United China" policy and recognizes organizations representing China in the international arena.