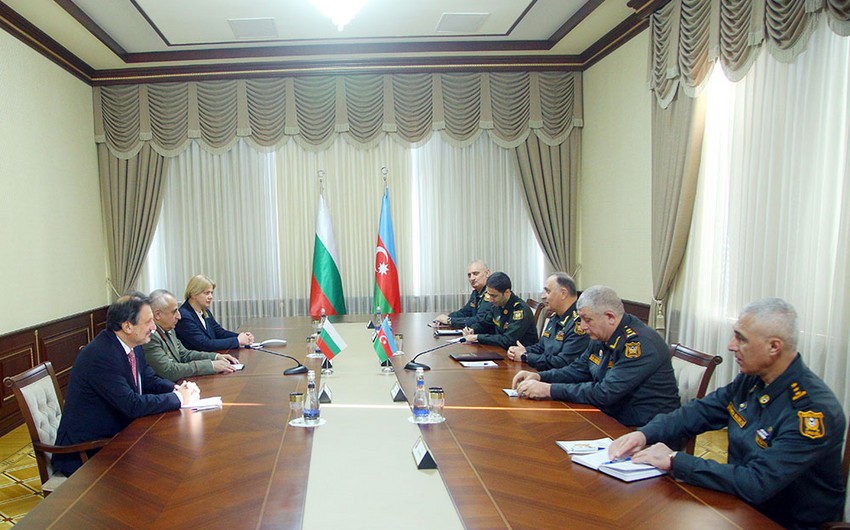 On January 18, the First Deputy Minister of Defense - Chief of the General Staff of the Azerbaijan Army, Colonel General Karim Valiyev met with a delegation led by the Commandant of “G. S. Rakovski” National Defence College of the Republic of Bulgaria, Major General Grudi Angelov.

Report informs, citing the Ministry of Defense, that welcoming the guests, Colonel General Valiyev stressed the importance of having such meetings and the expansion of mutual ties in the strengthening of military cooperation between Azerbaijan and Bulgaria.

Expressing satisfaction with his visit to Azerbaijan, Major General Angelov noted that the exchange of experience between the two countries in all areas including military education was of great importance.

The meeting discussed prospects for the development of bilateral cooperation to increase the knowledge and skills of military personnel, including civilians, as well as other issues of interest in the field of military education.