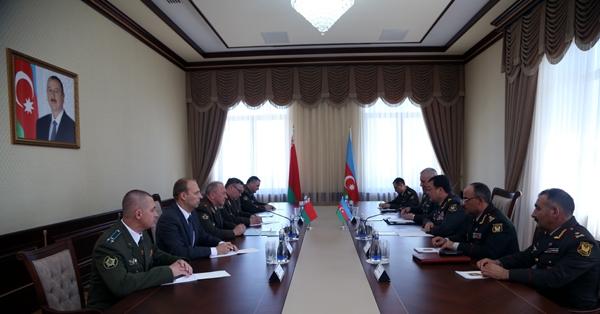 The Belarusian delegation first visited the Alley of Honors where paid tribute to national leader Heydar Aliyev and prominent ophthalmologist, academician Zarifa Aliyeva. The guests also visited the Alley of Martyrs to commemorate Azerbaijani heroes who sacrificed their lives for the country's independence and territorial integrity, laid wreaths and flowers to their graves.

Then Ministry of Defence held an official welcoming ceremony. The guest passed along the guard of honor and national anthems of both countries were played. "Book of Honor" was signed in accordance with the protocol.

Chiefs of the Armed Forces of the two countries have held meetings in one-on-one and in expanded formats.

Welcoming the guests, Colonel-General N.Sadikov stressed that Azerbaijan attaches great importance to cooperation with Belarus in all fields, including in the military field. There are wide opportunities for development of cooperation between our countries in the military-technical sphere and in the sphere of military education.

"I am confident that your visit will give a new impetus for the development of cooperation between our armed forces. And the participation of Belarusian companies at the exhibition "ADEX-2016" to be held in September 2016 in Baku will give impetus to further development of bilateral cooperation in military and military-technical spheres between our countries", said Colonel General N.Sadykov.

Talking about the military-political situation in the region, N.Sadikov said: "As a result of Nagorno-Karabakh conflict, continued for many years, 20% of Azerbaijani territory is still under Armenian occupation, more than one million of our compatriots expelled from their native lands. This conflict is a major threat to regional stability. We believe that the Republic of Belarus in considering the issue of settlement of Nagorno-Karabakh conflict will continue to support the objective position of Azerbaijan".

During the meeting the sides touched upon the activity, which serves to strengthen military cooperation and mutual trust between Azerbaijan and Belarus. Contribution of our countries in regional security was particularly stressed.

Then, expressing his satisfaction with the visit to our country O.Belokonev emphasized the importance of these meetings and the expansion of mutual ties in strengthening the Azerbaijan-Belarus relations.

During the visit, which will last until 15 July, the Belarusian delegation is planning to visit the Military Academy of the Armed Forces, the Air Force Base, as well as the Navy Headquarters and also marine training and diving polygon. 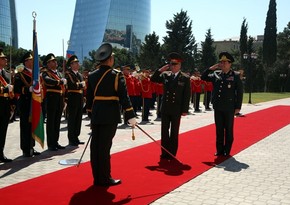 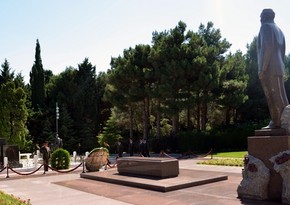 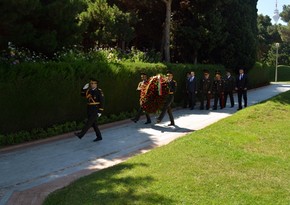 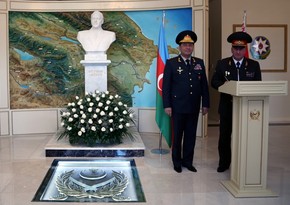 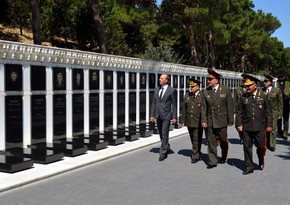 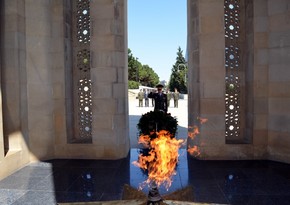