Bakirov Subhan: Main goal of "2018 Sea Cup" is to strengthen friendship, peace and stability in Caspian Sea First degree captain of the Navy of Azerbaijan Bakirov Subhan: Interest in these games is growing every year
888 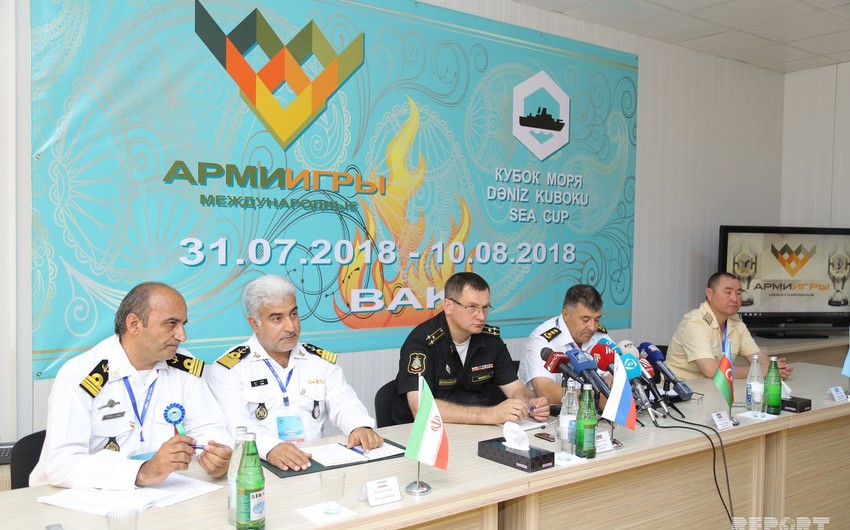 Baku. 31 July. REPORT.AZ/ A press conference was held in Baku at the headquarters of the Azerbaijani naval forces in connection with the "Sea Cup-2018" in Baku within the framework of the "International Army Games-2018", Report informs.

Speaking at the conference captain of the first degree of the Navy of Azerbaijan Bakirov Subhan noted that interest in these games is growing every year.

"The main goal of these games is to strengthen friendship, peace and stability in the Caspian Sea. An organizing committee has been established for the games. The contest will be held in three stages. The first stage is competitions in maritime training, the second is competition for the survivability of ships and the third is the conduct artillery fire”, - B. Subhan said.