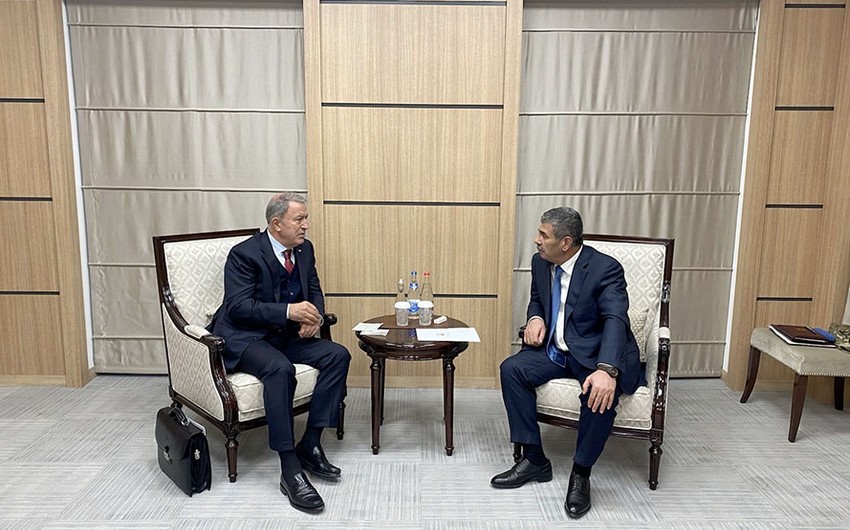 Noting that he was pleased to meet with his Turkish colleague in the liberated Zangilan, Colonel-General Hasanov expressed his gratitude for the moral support provided by brotherly Turkey in the Great Patriotic War.

The defense minister expressed confidence that the partnership based on mutual trust and support will continue to develop and strengthen.

Akar, in turn, stressed the importance of such a historic meeting, noting that the strategic alliance is based on friendly and fraternal relations.

The ministers discussed the prospects for developing cooperation in military, military-technical, military-educational, and other fields.