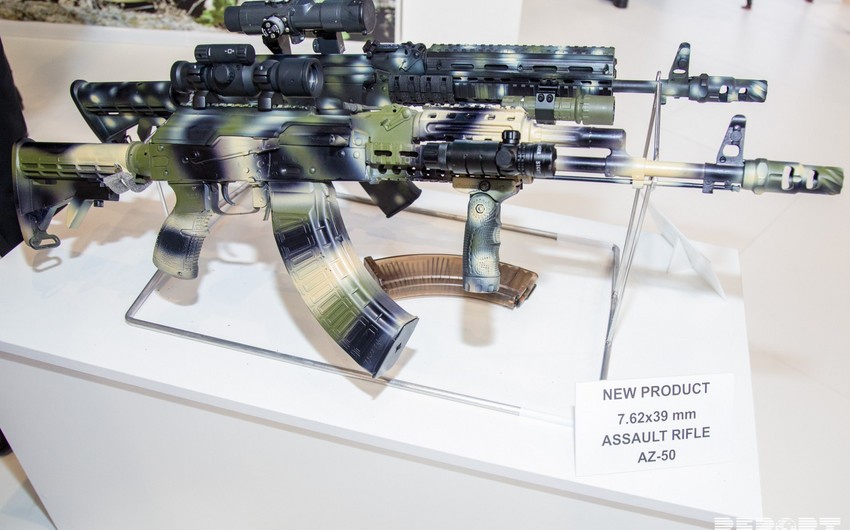 He said the caliber of "AZ-50" gun is 7,62x39 mm and fire range is 1000 meters. "The weapon which is our new product weighs 3.6 kilograms. It is equipped with 6 telescopic gunstocks. The barrel with 50 bullets has been developed for the first time in the world. This promotes an effective fight. The machine is also provided with a gun layer. "

The ministry's official said that the test period of the weapon had expired and the serial production had begun. "Other versions of the weapon will also be prepared in the near future. Our specialists are working on a barrel with 60 bullets, and this weapon will be introduced soon. "