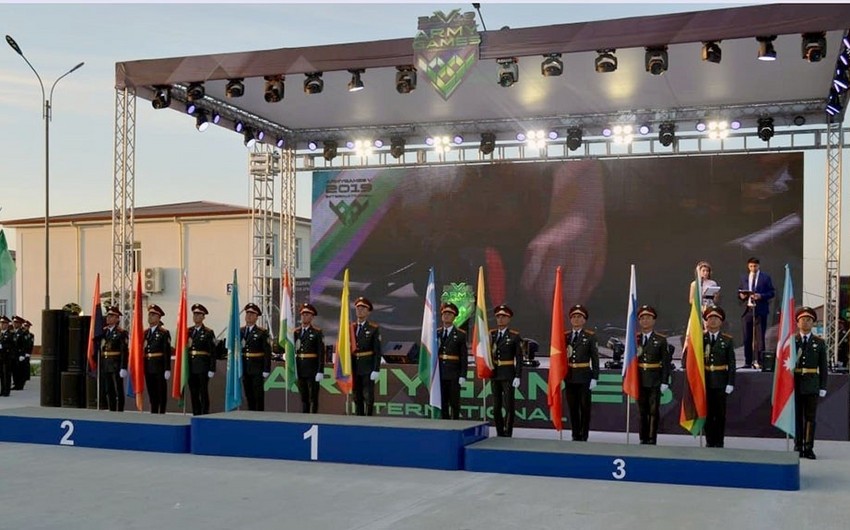 The “Military Medical Relay Race” contest held as part of the International Army Games-2019 in Uzbekistan, ended with conducting the team championship, Report informs citing the Defense Ministry of Azerbaijan.

According to the decision of the referees on the results achieved among 11 teams, the men's team of Azerbaijan with 111 points took the third place. Teams of Uzbekistan and Kazakhstan took the first and second places respectively.

During the solemn closing ceremony of the “Military Medical Relay Race” contest, the men's team of military doctors of the Azerbaijan Army was awarded a cup and a medal.