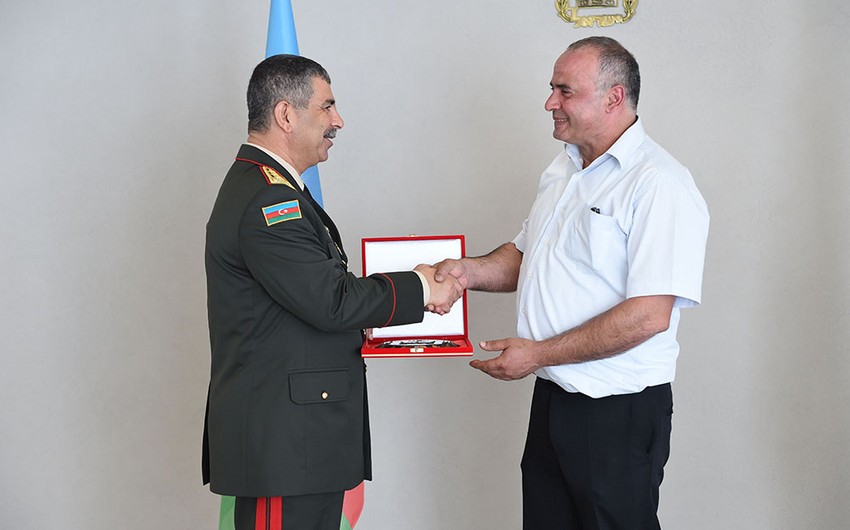 Baku. 12 September. REPORT.AZ/ Defense Minister of Azerbaijan Zakir Hasanov met with the family of Azerbaijani national hero Albert Agarunov in Israel, who has died during the Karabakh war, Report informs.

During his first official visit to Israel, Colonel General Z. Hasanov met with the brother of the hero - Rantik Agarunov.

At the meeting, the minister stressed that Albert Agarunov is "a real hero of two fraternal peoples".

"We will never forget the courage and bravery of Albert. He is loved and his memory always honored in Azerbaijan. We remember how Albert Agarunov selflessly and heroically defended his native land and on May 8, 1992 had his last battle on the outskirts of Shusha”, he said.

According to Z. Hasanov, the hero loved Azerbaijan, who "brought him up as his own son."

In turn, the brother of the Azerbaijani hero, Rantik Agarunov, thanked for the warm attention given to the memory and family of the deceased.

"Every year I come to Baku for Albert's birthday and I see how the Azerbaijani people do not forget my brother, he remains a pride and an example for the younger generation. Recently, a monument was erected in Baku, at the school where Albert studied. I am very glad that my brother today is one of the symbols of friendship and cooperation between Azerbaijan and Israel. We are very proud of the fact that not only the people of Azerbaijan, but also in the Azerbaijani Army Albert is not forgotten," he said.

The Head of the Israeli non-governmental organization “International Projects for Society”, expert in international relations Arie Gut who attended the meeting, thanked Azerbaijani Defense Minister for meeting with the family of Albert Agarunov and noted the historical importance of the first official visit of the Azerbaijani Defense Minister to Israel.

"The State of Israel supports the fair position of Azerbaijan and calls for the settlement of the Armenian-Azerbaijani, Nagorno-Karabakh conflict only within the framework of international law and the principle of territorial integrity of Azerbaijan," he said. 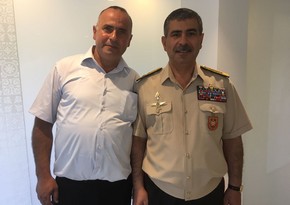 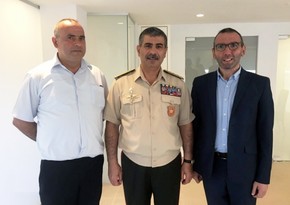 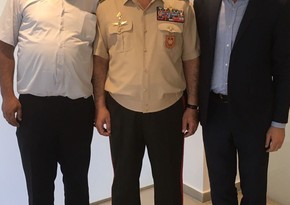