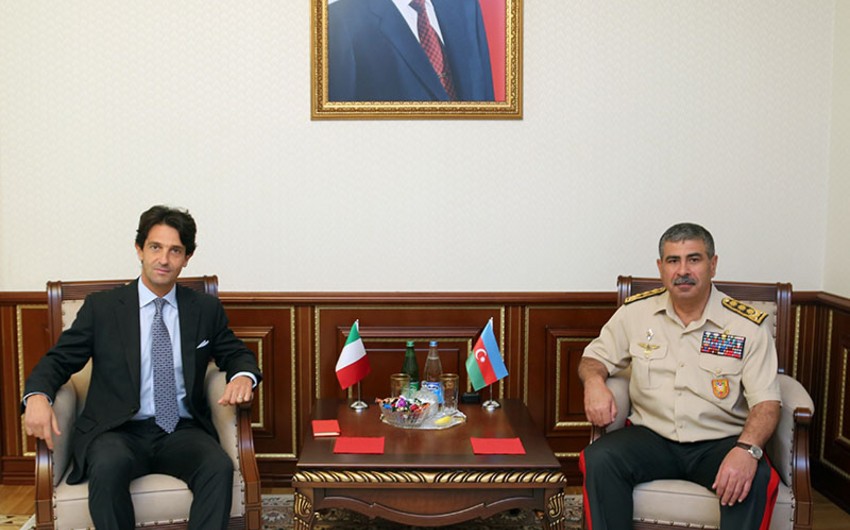 Having congratulated the Ambassador with the beginning of his diplomatic activity in our country, the minister wished him success in the expansion of military cooperation between Azerbaijan and Italy.

Diplomat expressed satisfaction with the beginning of his activity in our country as an Ambassador, and stressed that he will make every effort to develop Azerbaijani-Italian relations, in particular, cooperation in the military sphere. The ambassador, noting that his country is a supporter of the resolution of the Nagorno-Karabakh conflict within the norms and principles of international law, especially emphasized that Italy supports the territorial integrity of Azerbaijan.

During the meeting, the parties have discussed the military-political situation in the region, the ways of settlement of the Armenian-Azerbaijani Nagorno-Karabakh conflict, considered the current state and prospects for the development of military cooperation between the Armed Forces of the two countries and within NATO programs, as well as exchanged views on regional issues security.