Defense Minister gave instructions to align units and military equipment for combat readiness During the inspection of combat readiness of military units in the frontline, Zakir Hasanov held a meeting with officers 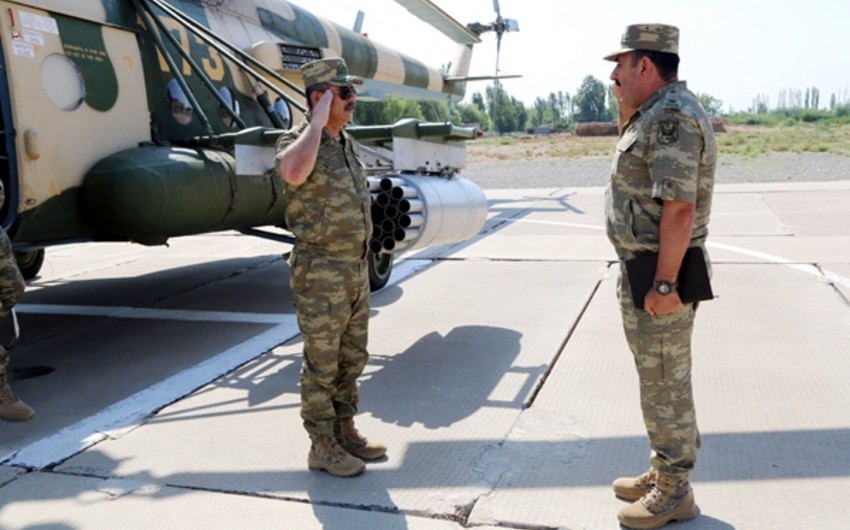 Baku. 7 August. REPORT.AZ/ Defense Minister, Colonel-General Zakir Hasanov and guidance of the Ministry of Defence held a meeting devoted to the results of the audit readiness units and military units in the frontal zone in accordance with the instructions of the President of Azerbaijan, Supreme Commander Ilham Aliyev.

Report was told in the press service of the Defense Ministry.

Representatives of leadership of the Ministry first laid flowers at the bust of nationwide leader Heydar Aliyev erected in the territory of the military unit, and to honor his memory.

At the meetings held with the participation of the commanders of military units of frontline, chiefs of staff, and other senior officers, defense minister reported on the current operating conditions, the state of readiness, the defensive system, comprehensive software and other service issues.

The visit of the leadership of the in frontal zone was completed. 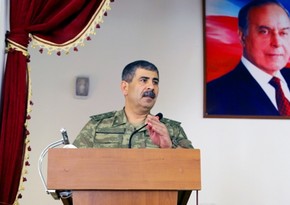 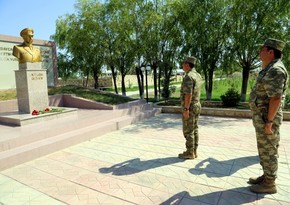 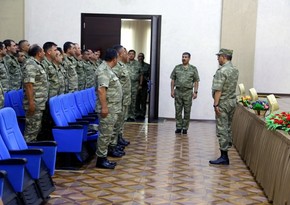 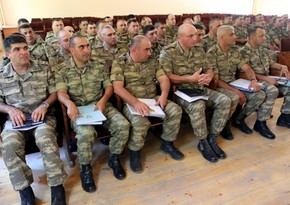 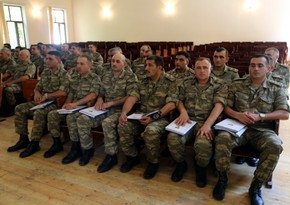 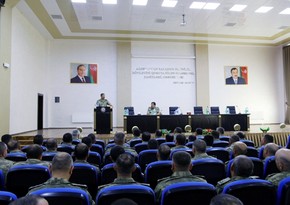