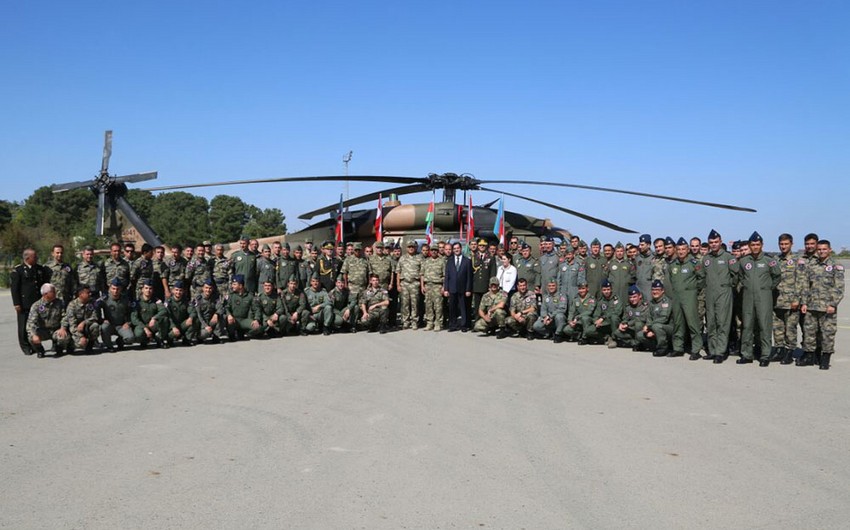 Baku. 18 September. REPORT.AZ/ Minister of Defense of the Republic of Azerbaijan, Colonel General Zakir Hasanov, the leadership of the Ministry, as well as the Ambassador Extraordinary and Plenipotentiary of the Republic of Turkey to Azerbaijan Erkan Ozoral and the Military Attaché of Turkey to Azerbaijan, Brigadier General Zafer Ocak took part in the opening ceremony of the "TurAz Qartalı-2017" exercises.

At the beginning, the national anthems of the two countries were played, and then the memory of the national leader Heydar Aliyev and shehids (martyrs) who died for the independence and territorial integrity of Azerbaijan was honored with observing a minute of silence.

After welcoming the military personnel participating in the exercises, the Defense Minister began his speech with the words of the national leader Heydar Aliyev "Azerbaijan and Turkey are one nation, two states" and of the leader of the Turkish people Mustafa Kamal Ataturk "The joy of Azerbaijan is our joy, the sorrow of Azerbaijan is our sorrow". In his speech, the Minister, highlighting the concern and attention paid to the Armed Forces by the President of the Republic of Azerbaijan, Supreme Commander-in-Chief Mr. Ilham Aliyev, stressed the importance of the exercises. Noting that this is another indicator of our military power, the Defense Minister stressed that these exercises play an important role in the exchange of experience between the Armed Forces of the two countries.

Stressing the significance of holding exercises in Azerbaijan, Ambassador I. Coskun expressed a sense of pride and emphasized that the conduct of such joint exercises in recent years became as a traditional. The Ambassador wished the participants success in relation with the beginning of the exercises and carrying out flights of combat aviation at a high level.

Then information about the aims of the exercises, the training and arrangement of military personnel, the forces involved in exercises, tasks, as well as flights and the use of aviation was given.

Having met with flight and technical staff, the Minister of Defense inspected the combat aviation, got acquainted with their tactical and technical characteristics and possibilities of their use.

The opening ceremony of the exercises ended with a large concert program of the Azerbaijan Armed Forces Song and Dance Ensemble. 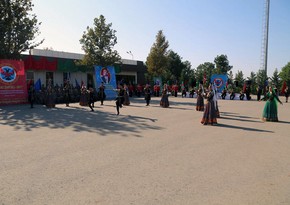 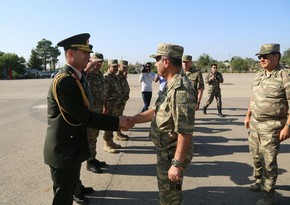 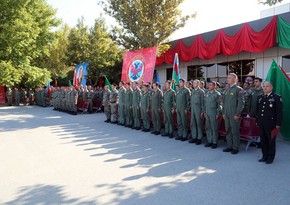 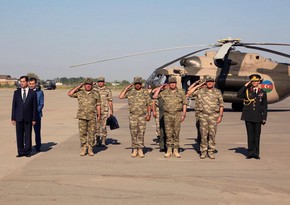 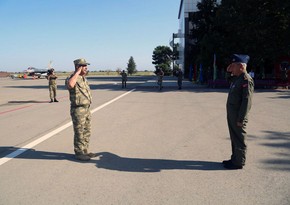 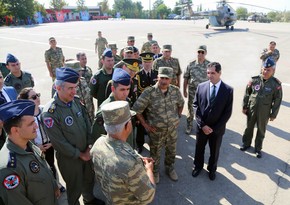 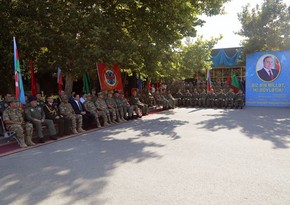 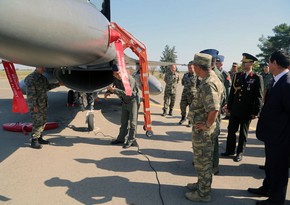 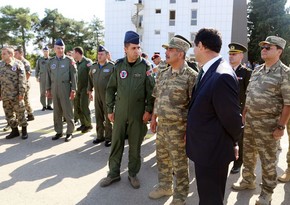 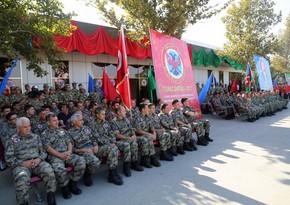 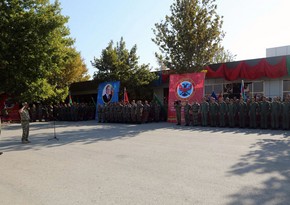