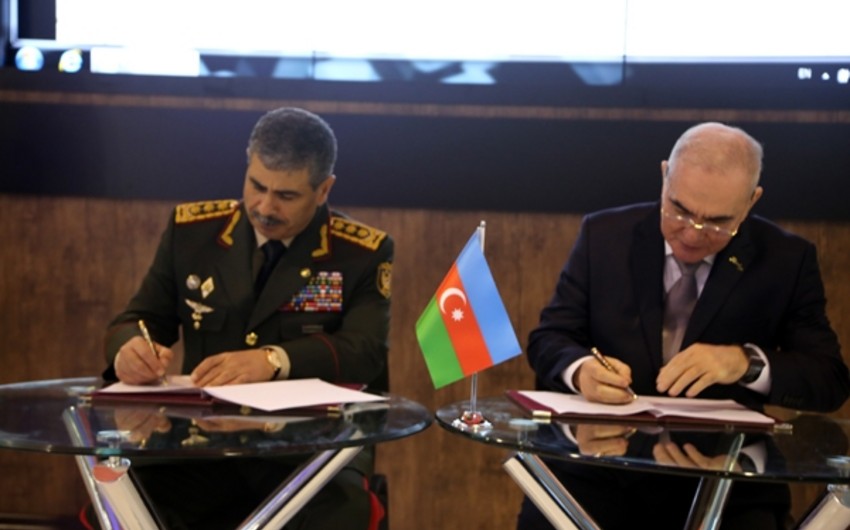 Baku. 27 September. REPORT.AZ/ On September 27, within the framework of the Second Azerbaijan International Defence Exhibition "ADEX 2016" held in Baku Expo Centre, Minister of Defence of the Republic of Azerbaijan Colonel General Zakir Hasanov and the Minister of Defence Industry Mr. Yavar Jamalov have signed the memorandum on equipping the Armed Forces with unmanned aerial vehicles (UAV) of local production.

According to the document, hundreds of unmanned aerial vehicles such as the new model of kamikaze "Strike" and the UAV's for reconnaissance and observation will soon be handed over to the Armed Forces.