Azerbaijani Armed Forces to conduct large-scale military exercises at night for first time About 15,000 people of personnel people will be involved in the training 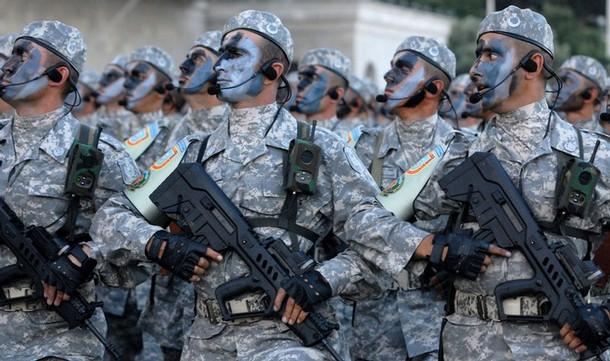 Baku. 3 April. REPORT.AZ/ In accordance with the instruction of Azerbaijani President, Supreme Commander of the Armed Forces Ilham Aliyev, large-scale military exercises the led by Defense Minister, Colonel-General Zakir Hasanov will be held at night for the first time. The training with the involvement of all types of troops will start from April 5.

Report was told by the press service of the Azerbaijani Ministry of Defense.

About 15,000 people of staff, 200 armored vehicles, rocket and and more than300 units of artillery troops, 12 combat helicopters of Air Force and 8 fighter jets, as well as air defense units and aircraft missile units armed with modern defense systems for the protection of air groups will be involved in the exercises.

The exercises will last till April 10.