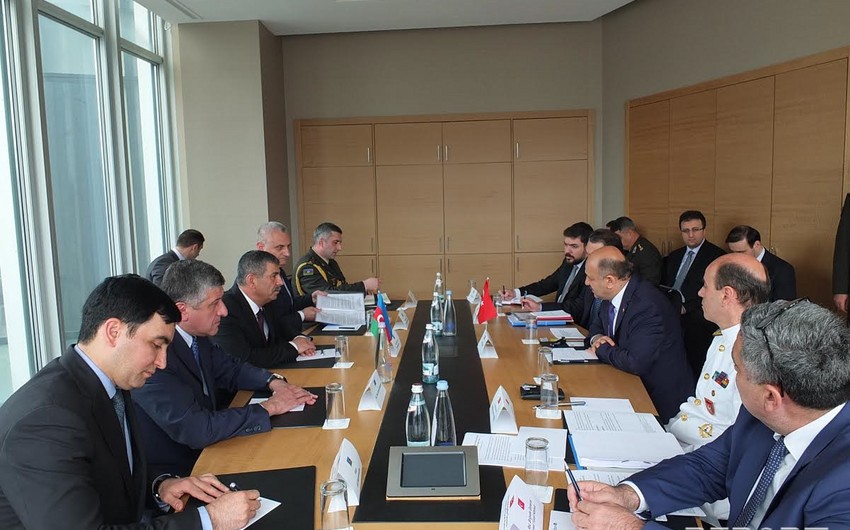 Georgia bureau of Report News Agency informs, in the meeting, it was noted that relations between Azerbaijan and Turkey have been successfully developing in all spheres, also, increase of the relations between the two countries to the level of strategic partnership stressed.

Z.Hasanov emphasized that fraternal relations, established by national leader Heydar Aliyev, today successfully being continued by the Azerbaijani President, Supreme Commander-in-Chief Ilham Aliyev. The minister expressed satisfaction with the same attitude of Turkey towards development of friendly and fraternal relations with Azerbaijan.

Fikri Işık noted 25-year anniversary of establishment of diplomatic relations between Azerbaijan and Turkey and congratulated both sides on this occasion.

The minister said that relations between Turkey and Azerbaijan have also successfully developed in the military field.

Prospects of military cooperation, exchange of experience in military education, conducting joint trainings, ongoing processes in the region and around the world, joint fight against separatism and terrorism and other issues were discussed during the meeting. 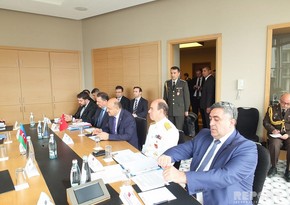