Azerbaijan's air force commander: We are ready to prevent enemy provocations at any moment 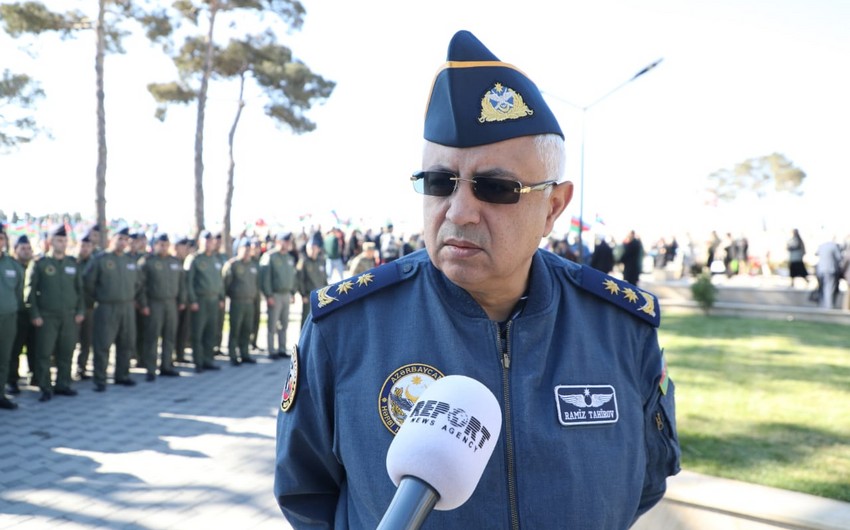 Azerbaijan's Air Force is in a state of full combat readiness to prevent provocative actions of the enemy at any moment, Deputy Defense Minister - Commander of the Air Force of Azerbaijan, Lieutenant General Ramiz Tahirov, told Report.

Talking about the Air Force's combat capabilities, the commander noted that the Air Force is on combat duty every day and protects the country's airspace. "This applies to both our aircraft and the air defense forces," he said.

The deputy minister noted that, according to the combat training plan, Azerbaijani Air Force is working every day to increase combat readiness.