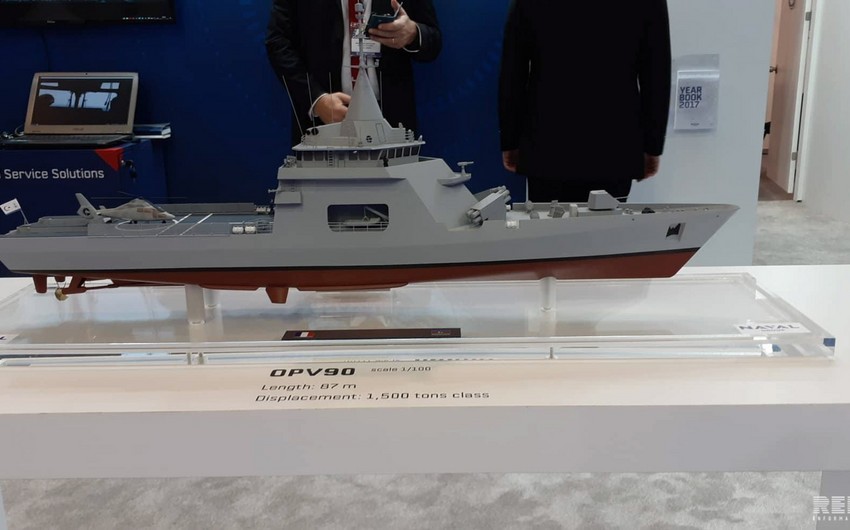 According to Report, Blaus was speaking within the framework of the 3rd Azerbaijan International Defense Exhibition held in Baku ADEX 2018.

He noted that parties are negotiating intensively on this issue.

“Military-patrol ships OPV 90 will be fully built in Azerbaijan. This is not about assembling blocks, but about 100% production. And now we are holding close talks on this matter.

The ship has  strong features, ensuring the Republic of Azerbaijan’s sovereignty through permanence in the Caspian sea”, he noted.

He also noted that the OPV 90 is a multifunctional ship equipped with an anti-ship missile system, and is able to have two 5-10 ton helicopters on board.