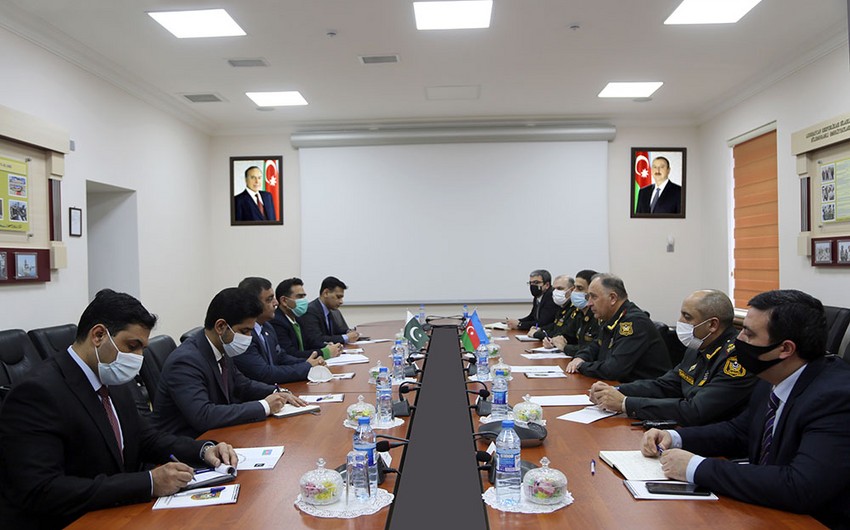 On Feb. 25, Deputy Minister of Defense of Azerbaijan, Lieutenant General Kerim Veliyev met with a delegation led by Major General Kamal Azfar, the Director-General Frontier Works Organization of the Islamic Republic of Pakistan, at the International Military Cooperation Department of the Ministry of Defense, Report informs, referring to the Azerbaijani Defense Ministry.

The Pakistani delegation was on a visit to Azerbaijan.

During the meeting, the sides discussed issues of developing cooperation in the military, military-technical, military-educational, and other spheres, including in the field of engineering support.

It was emphasized that cooperation between the armies of the two countries that was built on friendly and fraternal relations is developing successfully.

The sides also exchanged views on involving Pakistani specialists in work on clearance of the liberated territories of mines and unexploded ordnance, as well as on the current state and prospects for the development of military relations between the two countries.