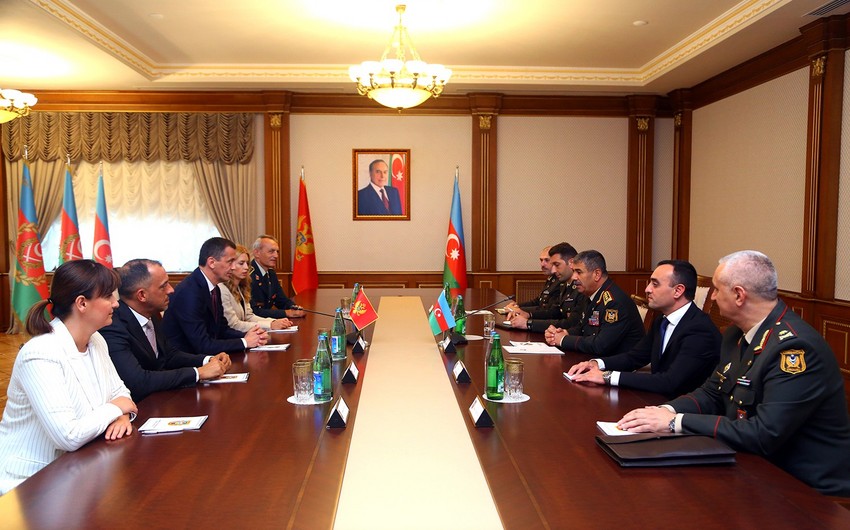 During the meeting, the sides expressed satisfaction with the development of bilateral relations between the countries and stressed the great potential for expanding cooperation between Azerbaijan and Montenegro in many areas, including in the military sphere.

Underlining the importance of the visit of the Minister of Defense of Montenegro to Baku with the delegation to participate in the Third Azerbaijan International Defense Exhibition "ADEX 2018", Colonel General Hasanov noted that this would be a new impetus to the development of military cooperation between our countries.

In his turn, the Montenegrin Defense Minister, noting that relations between our countries are based on friendly relations, and his country is an essential partner of Azerbaijan, especially emphasized the importance of such meetings in terms of expanding bilateral relations, as well as cooperation in the military sphere.

Then the sides held an extensive exchange of views on issues of international and regional security, as well as the prospects for the development of bilateral military cooperation.